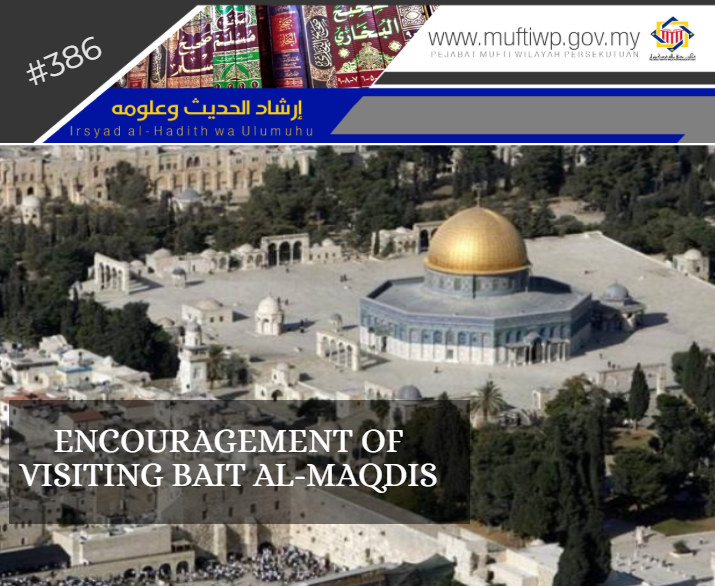 “Go to Bait al-Maqdis, hopefully, your offspring are those who go to the mosque and return from it.”

The significance of al-Aqsa Mosque according to the Quran and hadith are:

Answering the above question, there is a hadith from Imam Ahmad, narrated by a companion of the Prophet PBUH named Dzu al-Asabi’, he said:

“O Rasulullah! If we are tested with longevity after your death, where do you want us to be? The Prophet PBUH said: Go to Bait al-Maqdis, hopefully, your offspring are those who go to the mosque and return from it.”

Syeikh Syu’aib al-Arna’outh said that the sanad of this hadith is weak for the narrator Uthman bin ‘Atha’ who is also known as Ibn Abi Muslim al-Khurasani is a weak narrator. However, scholars have differing opinions regarding the status of the narrator. Other narrators for this hadith are thiqah (trustworthy) with the exception of Abu ‘Imran and he is al-Ansari al-Syami mawla to Ummu al-Darda’. Hence, here we state that the hadith is weak because one of the narrators in the sanad is weak by scholars, which is Uthman bin ‘Atha’.

Lastly, may Allah SWT bless us with the opportunity to perform the prayer in the honoured places, which includes al-Aqsa mosque. Amin.