IRSYAD AL-HADITH SERIES 435: THE EXPLANATION ON THE MEANING OF ZUHUD 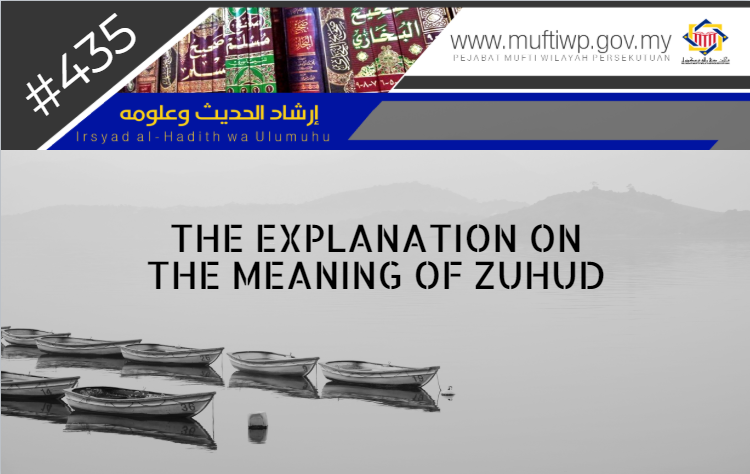 Assalamualaikum SS Dato’ Seri Mufti. Can you explain the meaning of zuhud as stated in the hadith of the Prophet PBUH in a narration of Abi Said al-Khudri?

A hasan hadith related by Ibn Majah (4102) and others with good chains of authorities.

First: The hadith came from a man without his name or lineage being mentioned, for the more important issue is the question he asked to the Prophet PBUH; which is how to attain the love of Allah SWT and the affection of people.

Second: The meaning of zuhud. Literally, zuhud is turning away from or does not desire or want something, for it is of no value. While according to syara’, it means taking something that is only out of necessity which is halal (that is permissible).

The explanation for the meaning of zuhud according to how the term is used is described as the following:

Fourth: The words of scholars regarding zuhud, some of them are:

Zuhud for the first and second divisions are obligatory while the third division is not obligatory.

Imam Ahmad said: “There are three types of zuhud:

May Allah SWT make us form among the zuhud people as stated by the Prophet PBUH and explained by salafus soleh. We end this discussion with the supplication:

“O Allah, make this world be in our hands (as ours) but not in our hearts that will lead to love of worldly matters.”