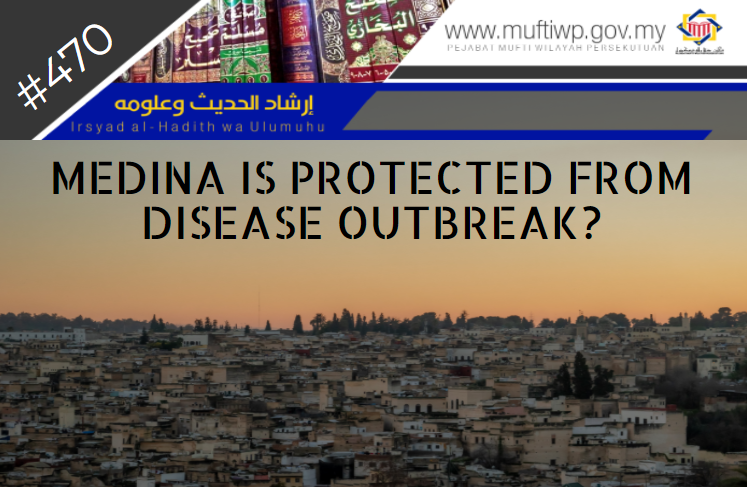 How can a pandemic like COVID-19 enter Medina while there is a hadith which states that Medina is a place protected from any outbreak?

Hadith which states that Medina is protected from the plague is a sahih hadith narrated by al-Bukhari and Muslim. Therefore, we cannot reject this hadith with the reason that it contradicts with the current situation in which the COVID-19 pandemic already enters Medina. To unravel the issue, we conclude that for plague specifically, it may not enter Medina as mentioned by Imam al-Nawawi. Whereas other outbreaks like the COVID-19 pandemic may enter Medina because this above stated hadith is specific for plague only.

Medina is among the holy places for all Muslims. This is because, there is a sahih hadith which commands us to travel to Masjid al-Nabawi which is located in Medina as narrated by Imam al-Bukhari:

Based on the above question, it is better for us to cite first the intended hadith that Medina is a place protected from the outbreaks:

"There are angels guarding the entrances (or roads) of Medina, neither plague nor Ad-Dajjal will be able to enter it."

Looking at the above hadith, it is a sahih hadith which is decided on its authenticity by al-Bukhari and Muslim. So, in term of its status, it cannot be questioned already. Besides, in understanding the meaning of this hadith, Imam Ibn Hajar al-Asqalani cited the answer of Imam al-Qurtubi which states that Medina will not be invaded by plague like what happens other than that like ‘Amwas plague and al-Jarif plague. (Refer Ibn Hajar Al-‘Asqalani, Ahmad Bin Ali Bin Muhammad, Fath Al-Bari Syarh Sahih Al-Bukhari 10/190). In addition, Imam al-Nawawi said that this hadith mentions on the specialties of Medina and its residences as well as the protection from plague and Dajjal. (Refer Muhyiddin Al-Nawawi, Yahya Bin Syarf, Al-Minhaj Syarh Sahih Muslim Bin Hajjaj, 9/153)

Besides, Imam al-Nawawi cited the opinion of Ibn Qutaibah which states clearly that there is no case of plague in Medina and Mecca. (Refer Al-Nawawi, Al-Azkar 153)

Coming back to the above question, COVID-19 is a pandemic which may causes death the same as the plague. However, when there is a reported case of COVID-19 in Medina, then do we simply reject this hadith due to that? To answer this question, we would like to cite the scholars’ opinion on difference between the outbreak and plague, which is:

“Between an outbreak and plague, one is general and the other is specific in which each plague is an outbreak, but not all outbreaks are plague”

This matter is supported with a narration narrated by Imam al-Bukhari in his Sahih:

Imam Ibn Hajar al-Asqalani while commenting on this hadith stated that an outbreak (other than plague) indeed entered Medina. (Refer Fath Al-Bar Syarh Sahih Al-Bukhari, 10/181) From the above narration, we may understand that other outbreaks are not impeded from entering Medina because the hadith only specifies on plague.

In conclusion, hadith stating that Medina is protected from the outbreak of plague is a sahih hadith narrated by al-Bukhari and Muslim. Therefore, we cannot reject this hadith with the reason that it contradicts with the current situation where the COVID-19 outbreak has entered Medina. To unravel this issue, we conclude that plague in specific will never enter Medina as mentioned by Imam al-Nawawi. Whereas, other outbreaks like COVID-19 may enter Medina because the above hadith only states on plague in specific. Lastly, may Allah SWT give us understanding in the religion as well as protect us all from the COVID-19 pandemic. Ameen.