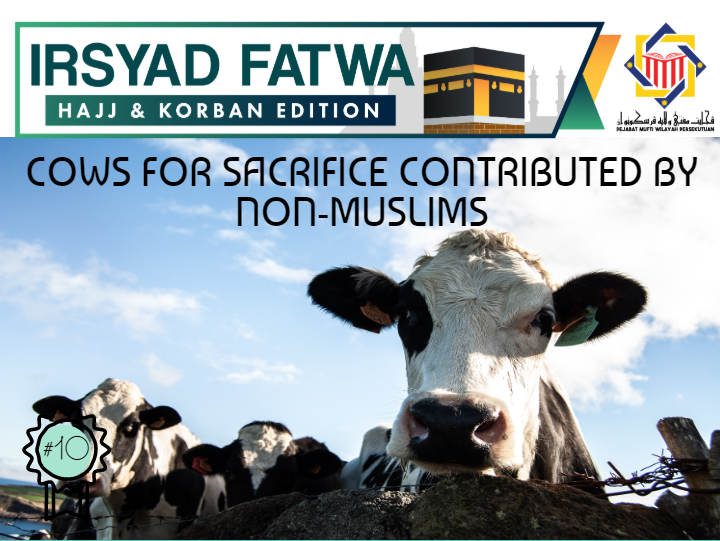 Is it permissible for mosques to accept cows for sacrifice from non-Muslims? Usually, they are donated by non-Muslim businessman or politicians.

In answering the above question, there are several issues that need to be addressed:

Thus, here we state that it is permissible to accept cows for sacrifice contributed by non-Muslims. The contributed cows should be managed as the following:

This has been stated in the book Guidelines for the Worship of Sacrifice, Volume 2, year 2013 by Islamic Development Department of Malaysia (JAKIM), on page 27.