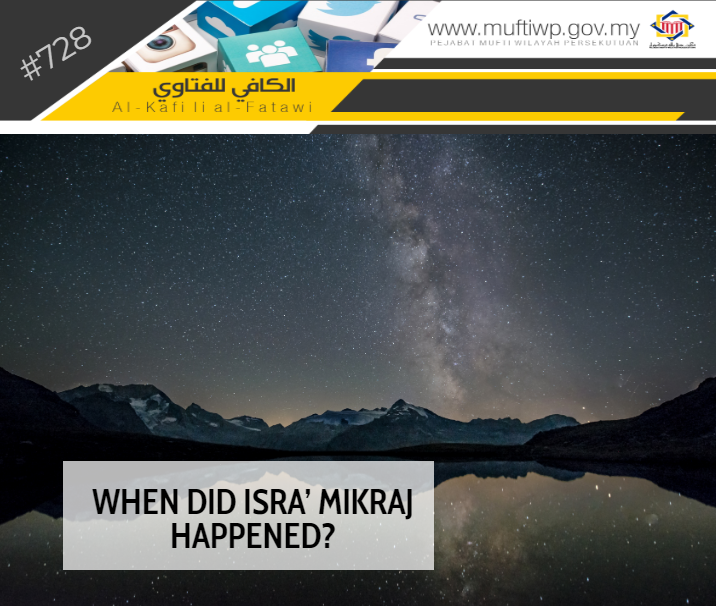 When did the incident of Isra’ Mikraj happen?

There are several opinions of scholars regarding when the Isra’ Mikraj happened:

Regarding the month in which it happened, there are several opinions, among them are:

According to the analysis of most scholars and muhaqqiq, the Isra’ and Mikraj incident happened in Rabiul Awal either on the 12th or 17th of Rabiul Awal. This opinion is strengthened with the argument of Ibn Kathir in his book al-Bidayah wa al-Nihayah according to the athar of Jabir and Ibn Abbas.