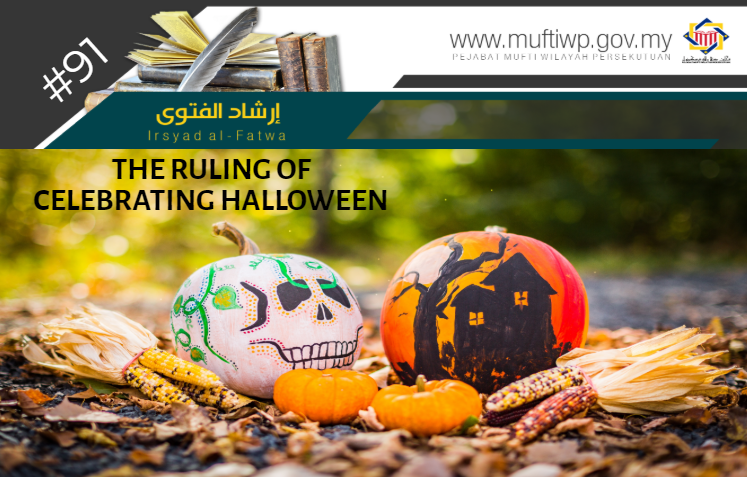 What is the ruling for celebrating Halloween?

Halloween is celebrated on 30th of October every year as a remembrance of the dead. Halloween is also known as Hallowe’en, All Hallow Eve or All Saint’s Eve.

The word Halloween/Hallowe’en came into existence in the year 1745M and it is said the word was first used by Christians. The word Halloween means hallowed evening or holy evening and some believe that the celebration originated from Scotland, where Celts (Scottish) celebrate a traditional pagan festival celebrating the harvest of Celtic people.

Halloween is an annual celebration in non-Muslim countries. It is celebrated during the night when they all dress up in weird costumes and they would walk from door to door asking for treats such as candies or chocolates with the phrase, “Trick or treat?”. The word "trick" implies a "threat" to perform mischief on the homeowners or their property if no treat is given.

Nowadays, children normally do not cause any disturbances to the house who do not give them anything in return. Before, they will do mischievous acts such as ‘decorating’ the trees of people who did not give them any treats with toilet paper or wrote on the windows with soap. [1]

Halloween is associated with ghosts or spirits of the dead, witches, goblins and other mystical creatures. Nowadays, Halloween is celebrated by decorating houses, shopping malls and shops with traditionally macabre symbols, such as skeleton, cobwebs and headstones.

The Ruling Regarding Halloween

Celebrating Halloween is prohibited in Islam. The reason is, according to history, this celebration is found to be a religious celebration for Christians and they celebrate it as a remembrance of the souls of the dead.

The Prophet PBUH prohibits us from resembling the disbelievers. From a hadith narrated by Ibn Umar R.Anhuma:

“He who imitates any people (in their actions) is considered to be one of them.”

According to the above hadith, a Muslim is prohibited from imitating or resembling the specific actions or clothing of non-Muslims which has harmful elements or the customary celebrations of disbelievers that could result in misunderstandings in society.

Al-Imam al-San’ani Rahimahullah states that the above hadith is the evidence stating that whoever imitates the fasiq or disbelievers or people who commits bid’ah in every matter that is specific in terms of clothing and actions is among them (considered as one of them). (Subul al-Salam. Dar al-Hadis, 2/647)

In another opinion, the scholars state that tasyabbuh could also happen inside a person’s heart, such as in terms of i‘tiqad and iradat (belief and wants) and physical actions such as actions that includes worship and custom. (Faydh al-Qadir. Al-Maktabah al-Tijariyyah al-Kubra, 6/104)

Hence, Halloween is clearly a form of tasyabbuh with the disbelievers in terms of i’tiqad, actions and clothing where they celebrate it by wearing costumes for Halloween.

As a conclusion, we would like to emphasize again that it is prohibited (haram) to celebrate Halloween for it is considered as an act of tasyabbuh (imitating/resembling) the disbelievers which is prohibited in Islam. Hopefully, this explanation will give us understanding in our religion and benefit our future generations from being involved in sinful acts. Amin.