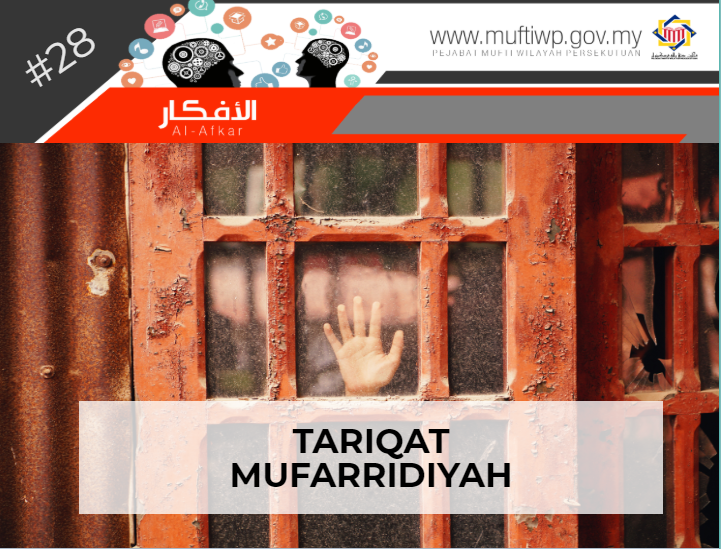 Assalamualaikum Dato’ Seri Mufti. I once heard about Tariqat Mufarridiyah. Is it permissible for us to follow and practice it?

Before we answer this issue, we would like to emphasize that there are many tariqat which is good and sahih, and permitted to be practised. This can be seen stated in accredited books in Sufism. The same when we find that Lajnah Jilsah Sufiyyah which are established by The Mufti’s Office of Negeri Sembilan to filter and a real distinguisher between accredited permissible tariqat and the deviated ones.

Pertaining to the above issue, Tariqat Mufarridiyah was taught by Syeikh Makmun bin Yahya. We state some introductory points on the tariqat and its founder:

Among their teachings are believing that every sins and istighfar to Allah must be made through an angel named Karanaz as an intermediary. One who befriends this angel will reach the rank of the fifth mass in his tariqat. This person’s mass is Allah and his soul is Allah’s soul. He may also shield the dead from the torments of the grave. Hence, who wants to save his dead family member should make a payment to Syeikh Makmun.

Fatwa issued by Federal Territories Islamic Religious Council (MAIWP) on 10th December 1987 states: “that Tariqat Mufarridiyah is not an Islamic teaching. Hence, Muslims are forbidden to follow and practice it.”

This fatwa is the same as the decision of the 117th Conference of Rulers on 21st February 1980 which agrees to the opinion of the National Fatwa Council and decided that this teaching contradicts the Islamic teachings. Those who are involved in this teaching shall repent.

May Allah always give us taufiq and hidayah to follow true Islamic teaching.

We close this with a du’a: