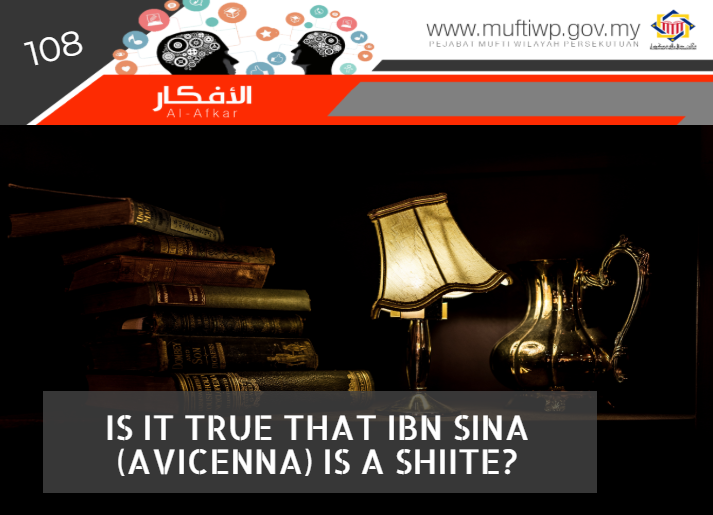 What is Ibn Sina’s aqidah? I read that some said he is a Shiite from Shia Batiniyya Isma’iliyya, and some even label him as a kafir? May we group him among the Islamic scholars?

Ibn Sina, or his full name Abu Ali Husain bin Abdullah bin Hasan bin Ali bin Sina was born in Bukhara, the Middle East in 980 Masihi or equivalent to 370 Hijri. He is known as Avicenna in the Western world. He passed away in 1037 Masihi in Hamadan, Iran. He memorised al-Quran since he was young before he masters the science of logic, philosophy and medicine which is also since he was young.

He was a very famous physician, mathematician, physician and philosopher, and his contribution in these fields are acknowledged by the whole world to this day.

It is narrated that one day, the king of Bukhara was infected with an illness where all the palace’s physicians have failed to treat. Ibn Sina was brought forward to the palace and it is fated that he succeeded in curing the illness. To thank him, the king opened a royal library especially for Ibn Sina which then introduced him deeper to the world of science and philosophy. [1]

Al-Imam Ibn Qayyim al-Jawziyyah is among the scholars who had the harshest opinion towards Ibn Sina. According to him, Ibn Sina had the aqidah of Qaramitah Bathiniyyah who does not believe in fundamental principles in Islam, the day of resurrection, do not believe in Allah SWT as the Creator and the Prophet PBUH as the messenger sent by Allah. (Refer Ighasah al-Lahafan 2/266). In fact, the Shiite scholars themselves like Qadi Nurullah Mar’ashi through his writing Majalis al-Mu’minin states that Ibn Sina’s madhhab is Shiah Ismailiyyah. (Refer A’yan al-Syi’ah 1/160)

He was once asked about Ibn Sina, and he issued a fatwa that ruled that it is prohibited for us to group him as one of the Islamic scholars, it is also prohibited for a person to read his books because it will only lead to fitnah and doubt towards one’s religious understanding; he is even a human shaytan. He added Ibn Sina is a leader of the atheists. (Refer al-Sowa’iq al-Mursalah 3/1105)

While Ibn Hajar al-‘Asqalani obligates us to distance ourselves from his disbelief, as well as being cautious towards his bid’ah and deviance. The scholars of his time and after talked about his disbelief and of al-Farabi’s, but there is an opinion which states that Ibn Sina has repented. So, we pray that he had the chance to repent to Allah SWT and may all his sins be forgiven. (Refer Lisan al-Mizan 2/293)

Al-Imam Hujjah al-Islam al-Ghazali wrote a book specifically to explain the deviance and disbelief of some of the philosophical doctrines brought by Muslim philosophers like al-Farabi and Ibn Sina. He listed out 17 philosophical creeds which are evaluated as bidaah, and 3 that lead to kufr, which are:

While al-Imam al-Zahabi wrote that the father of Ibn Sina is a writer of madhhab Shia Isma’iliyyah, who wrote many books in medicine, philosophy and logic. However, he also cited the opinion of Ibn Khallikan that Ibn Sina had repented from his wrongdoings, gave sadaqa to the poor and needy, returned the rights of the people he oppressed, freed his slaves, finished al-Quran once every three days, and passed away on Friday in the month of Ramadan. It is narrated that he said a poem:

“The best action is prayer, the best silence is fasting, the most beneficial good deed is sadaqa, the purest heart is those with good perceptions, the worst act is riyaa’, and you will never cleanse your soul when you busy yourself with debates, the best deed is what comes from the pure intention, and the best intention is which comes from knowledge.” (Refer Siyar A'lam Al-Nubala' 17/531-535)

While al-Imam al-Shahrastani – an expert on creed and beliefs – acknowledges Ibn Sina as the best Aristotelian philosopher, one with the deepest methodology and theory. (Refer Al-Milal wa al-Nihal 2/157).

Then, he mastered metaphysics (ilahiyyat / theology) and physics, and according to Ibn Khallikan, his writings are up to 100 books; big or small, among them is al-Qanun fi al-Tibb, al-Shifaa, al-Najat, al-Isyarat wa al-Tanbihat, Salaman and others. Ibn Khallikan also acknowledges him as one of the Muslim philosophers. There is a narration which states that before he passed away, he had the chance to repent from the deviant creeds he believed in when he was alive, and only Allah SWT is the all-Knowing. (Refer Al-Bidayah wa al-Nihayah 12/53-54)

Consequently, there is not only one, but numbers of scholars who state on the deviance of the creed of Bathiniyyah Qaramitah and Isma’iliyyah which was believed by him and the theological philosophy brought by Ibn Sina through his books.

However, excessive debates and disputes in the past is of no great benefit. Especially when there is no involvement in religious teachings like tawheed, fiqh and hadith. His name was never mentioned in ilm al-rijal (the narrators of hadith) and al-jarh wa al-ta’dil. So, confirming Ibn Sina’s belief has neither relation nor direct effect towards Islam.

One day, al-Imam Ahmad bin Hanbal was asked on his stance on the Companions’ dispute during the war of Siffin and Jamal. Imam Ahmad realised that the debates and questions are unbeneficial, so, he answered it by the saying of Allah SWT:

That was a nation which has passed on. It will have [the consequence of] what it earned, and you will have what you have earned. And you will not be asked about what they used to do.

Ibn Sina already passed away leaving a vast contribution to the Muslim world specifically and to all humans generally, especially in the field of medicine. His flaws in his creed do not prevent us from taking benefits from the science of medicine passed on to us.

We take no stand from the creeds and theological philosophy existed in his writings which deviate from the authentic Islamic teachings brought by the prophets, which then continued by the scholars. However, we stick to the good thought that Ibn Sina had the chance to repent from the philosophical creeds that contradict the Islamic teachings as mentioned by al-Imam Ibn Kathir, Ibn Khallikan and Imam Ibn Hajar al-‘Asqalani, and may his tawbah is accepted by Allah SWT.