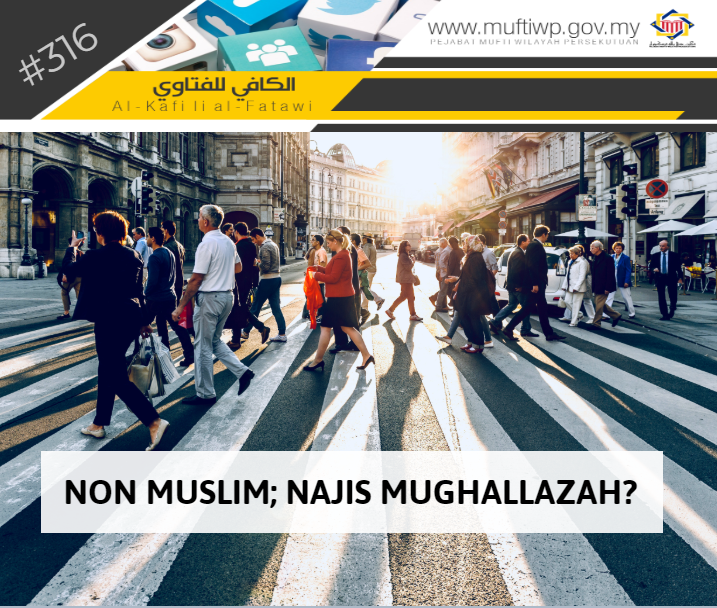 Assalamualaikum. I have a question.

There is this person who said that he did not want to touch non-Muslims who have a pet dog. The story goes like this: We are a team of healthcare workers who perform medical checkups for students. So, we will have to touch the non-Muslim students too. Then, A asked, “You touch the kid, you will have to do samak afterwards, right? What if he had touched a dog?”

We did hug the kid because he was afraid of us. It makes us feel troubled; do we really need to do samak? I never heard of such thing before which is when a Muslim touches the non-Muslims. I do know that Islam is beautiful and religion of ease. Thank you, admin.

Apparently, a non-Muslim is not impure and it is unnecessary to wash parts of the body which come into contact with them. Allah SWT says in the Quran:

O you who have believed, indeed the polytheists are unclean

Imam al-Shawkani said in Nail al-Autar (1/35) that some of the Zahiris considered the word najis (unclean) in the verse means unclean and impurity in the faith of the non-Muslims which is the one to be avoided, and not their physical body.

Their dalil is Islam sanctioned the permissibility to marry the people of the book, so, if their sweat is najis surely their husbands will not be free from it. The jumhur also answered that the Prophet PBUH once took ablution with water from a non-Muslim container, he tied a mushrik war refugee in the mosque, ate cheese from Christian countries and ate mutton dish gifted by the Jews.

And it is mentioned in the book al-Majmu’ Sharh al-Muhazzab (1/264), when a person purifies himself using water in the container of a non-Muslim while he is certain whether it is pure or not, there are two situations:

First: If the non-Muslim is not among the devoted in using impure things, then his taharah (purification) is valid without khilaf.

Hence, our opinion in this issue is it is permissible to touch non-Muslims even if he has a pet dog unless before we touch him, he literally touched a dog and najis residue is apparent from the touch like saliva and etc.

This is because we decide a ruling based on the apparent characteristics and leave the rest to Allah on things which are batin (not seen).

Hopefully, we will be able to always be open-minded and the spokesperson of Islam to the non-Muslims in assuring them of the beauty of Islam with our good character and conduct.