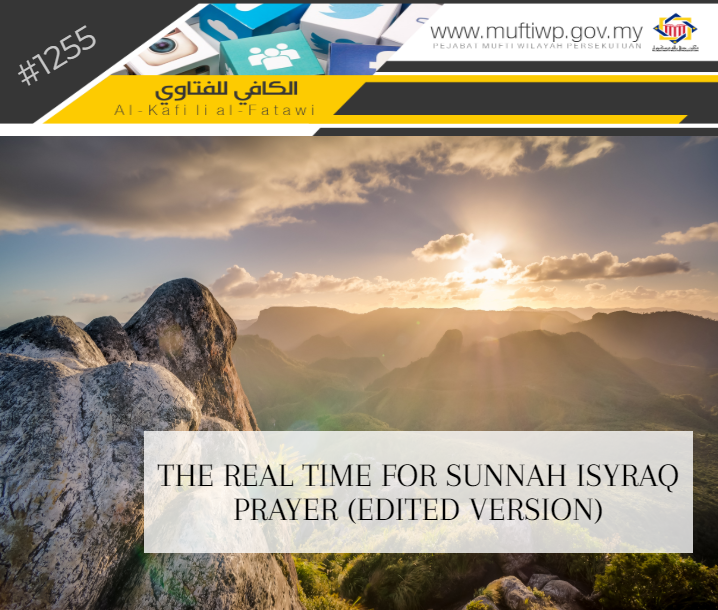 The Prophet PBUH encouraged his ummah to sit and remember Allah SWT after performing the Subuh prayer until the sun rises, then perform the sunnah 2 rakaat prayer. The Prophet PBUH mentioned the great rewards for those who did this saying:

"Whoever prays Fajr in congregation, then sits remembering Allah until the sun has risen, then he prays two Rak'ah, then for him is the reward like that of a Hajj and Umrah." He said: "The Messenger of Allah said: 'Complete, complete, complete.'"

The differences are as the following:

“Awwabin prayer is performed when the sand (in open lands) is hot (from the heat of the sun).”

According to the above discussion, we conclude that Isyraq prayer is Dhuha prayer performed in the beginning of its time. The time of Isyraq prayer starts at approximately when the sun has rises at the height of a spear or 15 minutes after syuruk time.

Furthermore, we would like to encourage people who have performed the congregational Subuh prayer to sit and stay in iktikaf in the mosque and fill this time with the remembrance of Allah SWT. Then, followed it with 2 rakaat of Isyraq prayer. However, for those who need to leave the mosque for he is working or for other matters, then it is permissible to perform the Isyraq prayer anywhere. Hopefully, by performing it, we are able to attain the rewards of it promised by Allah SWT.

May Allah SWT give us a true understanding of our religion and bless us with guidance and strength to perform these worships with sincerity. Amin.