AL-KAFI #1335: THE RULING OF NAMING ONE’S CHILD WITH THE NAME OF ANGEL 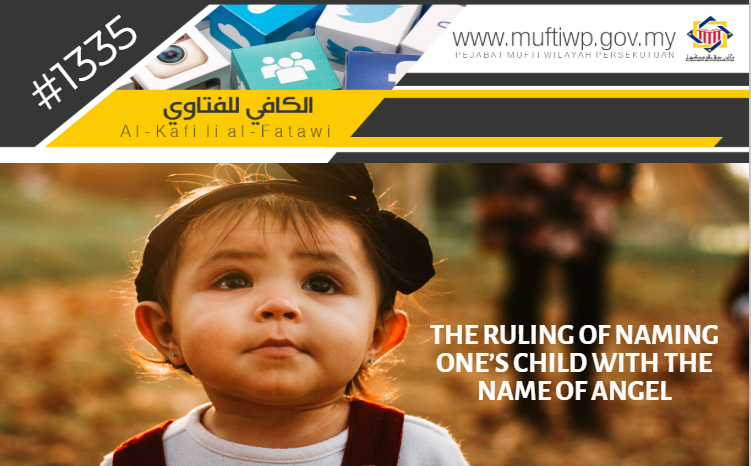 Is it permissible to name our child with angels’ names such as Gabriel, Michael and others?

According to Imam al-Nawawi, madhab al-Syafie and majority of scholars, it is permissible to name one’s child with the names of prophets and angels and there is no restriction from the prophet PBUH regarding this matter. (Refer: al-Majmu’ Syarh al-Muhazzab 8/417) Imam al-Buhuti from madhab Syafie refutes the claim that it is makruh (undesirable) to name a child with an angel’s name. (Refer: Kasyaf al-Qina’ 3/27). However, there are scholars who ruled it makruh, among them are Imam Malik who ruled it makruh to name one’s child with the name Gabriel. Imam Ibn Qayyim ruled it makruh to name a child with any name of the angels, he presented a hadith narrated by Abdullah ibn Jarrad RA to support his ruling:

Imam al-Munawi also used the above hadith in supporting his opinion in his makruh ruling on naming a child with an angel’s name. (Refer: Faidh al-Qadir Syarh al-Jami’ al-Saghir 4/113)

In our opinion, considering the opinion of scholars who ruled it makruh to name specific angels’ name such as Gabriel and Michael for a child, it is makruh for us to use these names for our children. Especially when we did not find companions of the Prophet PBUH R.Anhum used these names.

As for names such as Malik, the permissibility of it is clear for we can see many scholars who used this name such as Imam Malik bin Anas and others.

To conclude, naming one’s child with the names of angels is permissible, with the exception of names which are synonymous to only angels such as Gabriel, Michael, Izrail and Israfil.

As for other names that is commonly used in society such as Malik and Ridhwan, then it is not ruled as makruh.