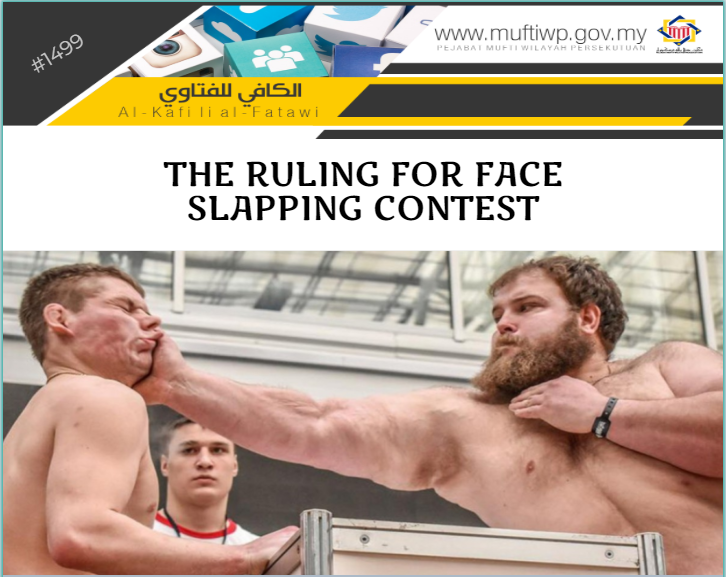 Assalamualaikum SS Dato’ Seri Mufti. What is the ruling of face-slapping contest?

We saw on Facebook a contest of slapping the opponent’s face. After viewing and analyzing this matter, we are of the opinion that its ruling is haram (prohibited). This is because:

There should be neither harming nor reciprocating harm

When one of you strikes, let him avoid his face.

While in another hadith, the Prophet PBUH said:

When any one of you fights, he should avoid the face

Imam al-Nawawi said: This hadith states clearly on the prohibition of slapping face. This is because, it is a tender part of the body which is also where the beauty of a person is. Parts of the face are so precious and tender as well as vulnerable. Slapping face may harm or injure it, or cause defect, or ugliness. Face defects are hideous because they are apparent and visible which may not be covered. When it is slapped, then the person normally may not be safe from any defect. (See al-Minhaj fi Syarh Sahih Muslim Ibn al-Hajjaj, 8/437).

Imam al-Son’ani then said: This hadith is the dalil of the prohibition to slap faces and it should be avoided, it should not be hit, nor slapped even in hudud which is sanctioned or even in jihad. (See Subul al-Salam, 7/161)

May this simple answer give us enlightenment and hopefully it should not be a neither a habit nor sport brought into Malaysia. There are thousands of other sports which are better in developing the physical, intellect and efficiency of a human being.