AL-KAFI #1707: IS IT TRUE THAT THE PROPHET PBUH HAD A CAT NAMED MUEZZA? 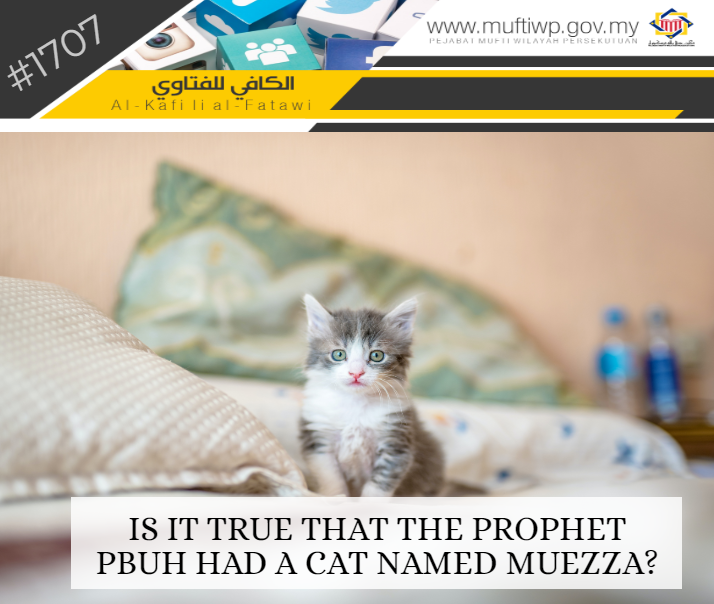 Assalamualaikum ustaz, I always read statements that the Prophet PBUH had a cat named mu’izzah and muezza. My question is, is this true and is the narration sahih. Thank you.

Generally, in Islam it is wajib to have ihsan for all creations which includes humans, plants and animals. Having ihsan towards animals such as cats is wajib in terms of one should not be cruel nor harm any animals. This is according to a narration by Syaddad bin Aus RA, he said, the Prophet PBUH said:

The same goes for cruelty against cats which could lead to a person being thrown into hellfire. This is based on a narration from Abdullah bin ‘Umar R.anhuma, he said, the Prophet PBUH said:

"A woman was tortured and was put in Hell because of a cat which she had kept locked till it died of hunger."

Several cruel acts the woman committed was recorded in the continuation of the hadith where it is said to her:

“You neither fed it nor watered when you locked it up, nor did you set it free to eat the insects of the earth.”

However, this does not deny the commandment to be kind towards cats as well as the prohibition of being cruel or harm cats. We have discussed this issue thoroughly in al-Kafi 134: Is It True There Is A Sanction in Syarak Regarding Keeping Cats as Pets? Which can be accessed through the following link: https://muftiwp.gov.my/en/artikel/al-kafi-li-al-fatawi/4002-al-kafi-1534-is-it-true-there-is-a-sanction-in-syarak-regarding-keeping-cats-as-pets

To conclude, we end this discussion with the following points:

Lastly, we pray to Allah SWT to be given the accurate understanding in practising the religion. Amin.