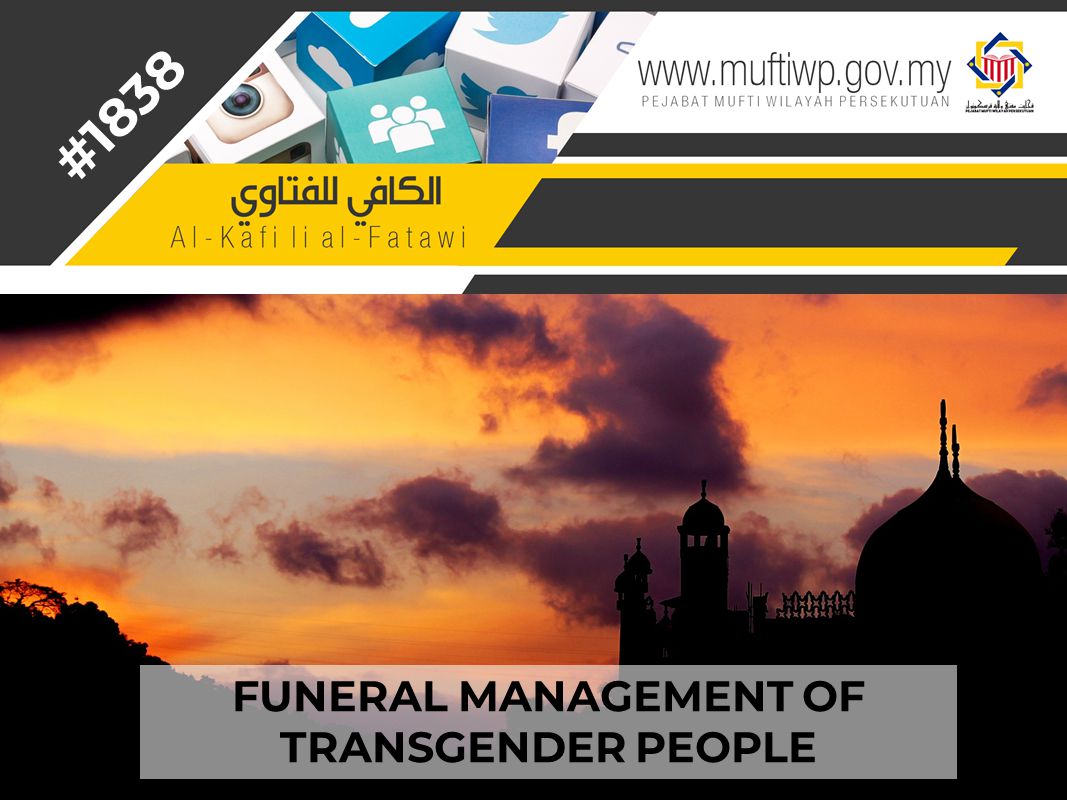 Assalamualaikum wbt., If a transgender person passes away, his/ her janazah is managed according to the gender after trans or the original gender? Hope for an explanation.

Janazah of a transgender is managed according to his/ her original form.

In Islamic shari’a, this terminology is the closest to the term al-mukhannath (a man behaving like women) or al-mutarajjil (a woman behaving like men). This is based on the Prophet PBUH’s saying:

Trans people are cursed by the Prophet PBUH whether a man behaves like a woman or vice versa. In this matter, it refers to a group of men behaving like women in many aspects that they assume in the manners of a woman rather than a man. Imam al-Tabari said the hadith shows that it is impermissible for a man to behave like a woman in terms of clothing and adorning that are specified to women and vice versa. (Refer:  Fath al-Mun’im Syarh Sohih Muslim, 8/520).

The Arabic linguist said al-mukhannath is a group of men behaving like women in terms of actions, words and behaviour. Sometimes, it happens naturally (not intentional), but sometimes intentional (in purpose). (Refer: Syarh al-Nawawi ‘ala Muslim, 14/163)

Hence, based on the meaning of transgender and al-mukhannath mentioned, it is clear that an individual remains in his/ her original form but only his/ her appearance shows otherwise. So, a man remains a man although he behaves femininely. All rulings are imposed upon him according to the ruling upon men.

This is mentioned by Shaikh al-Syarwani:

If a man behaves like a woman or vice versa, (when a man touches him), his wudhu’ is not invalidated for the first issue (a man touches men behaving like women) and wudhu’ is invalidated for the second issue (women behaving like men) as it is assured that there is no change in his/ her original form, but only appearance in which they appear polar opposite. (Refer: Hawasyi al-Syarwani, 1/137).