AL-KAFI #564: THE RULING OF EATING FOOD COOKED BY NON-MUSLIMS (NON-PEOPLE OF THE BOOK) 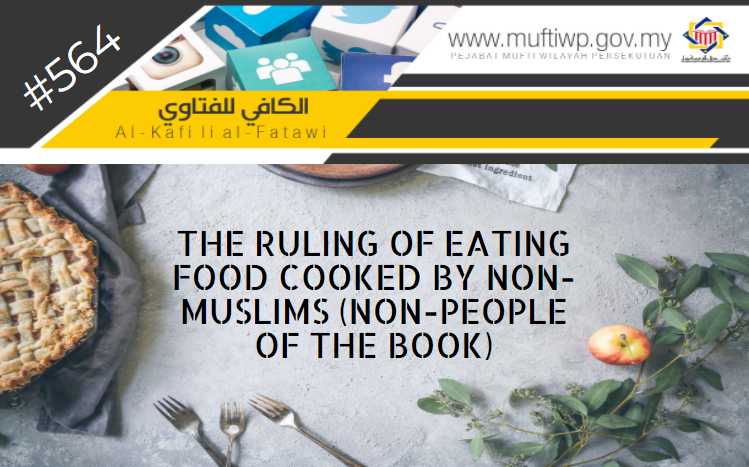 Assalamualaikum. What is the ruling of eating food cooked or prepared by non-Muslims even if it is from halal sources?

It is not wrong for a Muslim to eat food cooked or prepared by non-Muslims made from milk, vegetables and all other foods except for their slaughter.

The same for what is mentioned by Imam al-Qurtubi Rahimahullah in his tafsir:

“Abu Umar said: and it is not wrong to eat the food of the idolaters, Zoroastrians and all of no book (non-people of the book) among the non-Muslims except for their slaughter” [1]

It is permissible for a Muslim to eat food cooked or prepared by non-Muslims (non-people of the book) like the Hindus, Sikhs, Buddhists and others as long as the food is halal and not from their slaughter.

So, there is no problem for a Muslim if he is invited to the house of a non-Muslim friend then he is served by food to be eaten as long as it is halalan toyyiba.

However, this is not a denial towards the priority of being wara’ in our eatery. It is prioritized (afdal) for our food to be cooked by a pious people and prepared with taqwa. In a hadith, the Prophet PBUH once said to remind his ummah:

Associate only with a believer, and let only a God-fearing man eat your meals.