IRSYAD AL-HADITH SERIES 11: THE HADITH REGARDING THE RESPONSIBILITY OF SCHOLARS FOR THE UMMAH 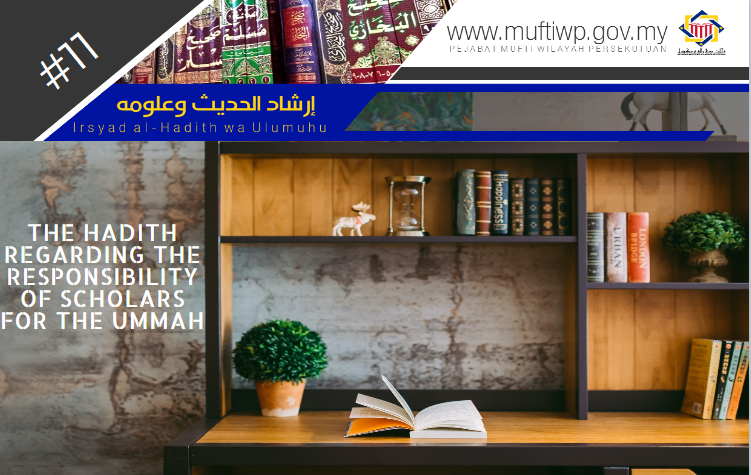 Assalamualaikum. What is the meaning of the hadith: “This knowledge will be the legacy of fair scholars for every generation. They will reject any deviancy of the transgressors, denying the deception of the wrongdoer and the interpretations of the ignorant,”?

The hadith is narrated by Ibrahim bin ‘Abdurrahman al-‘Uzriy, where the Prophet PBUH said:

“This knowledge is brought by fair scholars from every generation. They would reject every deviancy of the transgressors, reject the deceptions if the wrongdoers and the interpretations of the ignorant.”

Narrated by al-Baihaqi in Sunan al-Kubra (20700) and al-Tabrani in Musnad al-Syammin (599). This hadith is evaluated as sahih by al-Albani in the tahqiq of the book Misyhkah al-Mashabih (248)

This hadith narrates that Islam is a religion which will stand firm till the end of times. It is protected by the scholars from previous generations to this day from bad and negative influences which purpose is to harm the religion. Furthermore, according to this hadith, we can understand that there is a continuous responsibility of the scholars of whom are ‘udul or thiqah (trustworthy). It Is not an easy responsibility for each scholar has to protect the purity of this religion from any deviancy and interpretations of the transgressors and ignorant. Furthermore, this shows how Allah SWT protects the purity of this religion by appointing ‘udul scholars and it is also the signs and evidences of prophethood. (Tahzib al-Asma’ wa al-Lughat, 1 : 17)

Fiqh of the Hadith

Among the fiqh (understanding) that can be extracted from this hadith are:

Lastly, may with this explanation Allah SWT grant us His taufiq, hidayah and inayah. Amin.