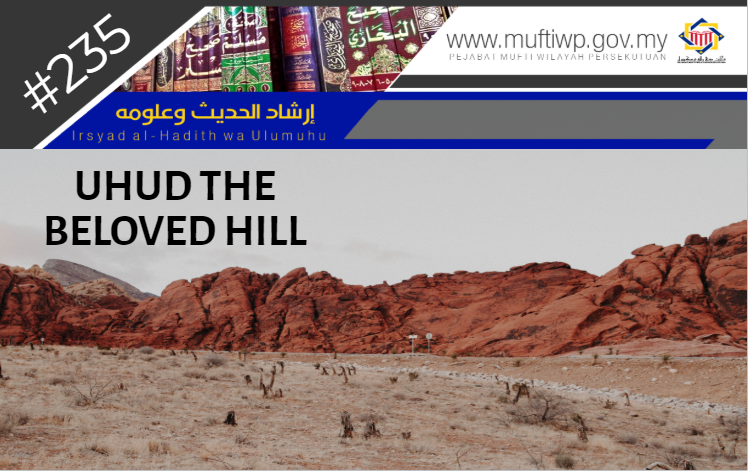 Is there a hadith that explains the significance of Uhud?

Uhud hill is well-known and has been spoken of by Muslims all across the globe. The name Uhud is also a name of a war during the time of the Prophet PBUH which took place in Syawwal the third year of hijrah. Furthermore, Uhud is located less than five kilometres away from the city of Medina, where it stands alone without having connections to all the other nearby hills. Hence, its name Uhud which means alone or disconnected as stated by al-Suhaili. (See: Fath al-Bari, 337/7). Uhud hill is the biggest and tallest hill in Medina. Its length if measured from the east to the west is 6km and its height reaches 1 km and from the surface of the earth is 450 meters, reddish in color. Uhud hill is also the hill mentioned by the Prophet PBUH in his hadiths and its significance is also explained by the Prophet PBUH.

According to the above question, there are several authentic hadiths that explain on its advantages and significance. Among the companions who narrated the hadith is Anas bin Malik and Abu Humaid R.Anhuma:

"This is a mountain which loves us and we love it. O Allah! Ibrahim made Makka Haram, and I will make what is between the two tracts of black stones (in Madina) a Haram."

"This is Taba (i.e. Medina), and this is Uhud, a mountain that loves us and is loved by us."

According to Imam al-Nawawi, the authentic and chosen opinion in truly understanding the above hadith is that Uhud hill really loves us. Allah SWT has made it (Uhud) a special creation as stated by Allah SWT:

“…and there are some of them that fall down for fear of Allah.”

This could be compared to the dry log that is able to sympathize, a rock that recites tasbih and another rock that ran away with the clothing of Prophet Moses AS. Furthermore, the Prophet PBUH said:

“I recognise the stone in Mecca which used to pay me salutations,”

These are some of the words of Imam al-Nawawi when he commented on the hadith regarding Uhud hill. (See: al-Minhaj Syarh Sahih Muslim, 139-140/9). It shows that other creations such as hills, tree, rock and others also have feelings just like humans do. Among the hadiths that clearly mentioned the Prophet PBUH stating Uhud are:

"Be firm, O Uhud! For on you there are no more than a Prophet, a Siddiq and two martyrs.”

“Whoever offers the funeral prayer will have one Qirat and whoever attends the burial will have two Qirat.” The Prophet (ﷺ) was asked about the Qirat and he said: “(It is) like Uhud.”

Reviewing the above hadiths, it is clear to us that Uhud hill is a special hill compared to other hills. The reason is, its name is repeatedly mentioned by the Prophet PBUH.

To conclude, Uhud hill is a special hill according to the above stated distinctions. Hence, as Muslims we should be aware of this fact so as to not be among those who are in loss. Lastly, may Allah SWT give us the right understanding in religion for it is a sign that Allah SWT want goodness for us. Amin.