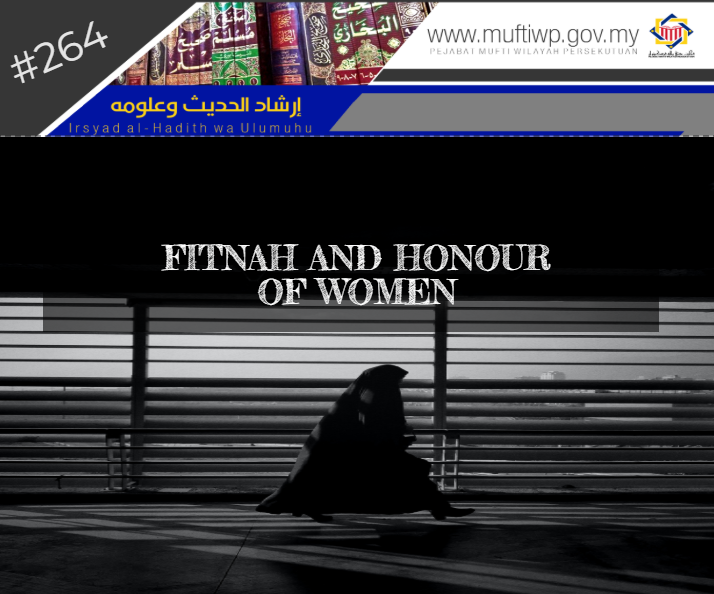 Is it true that women are the greatest fitnah for men?

Allah SWT created every creation in pairs such as man and woman, day and night, the skies and the earth and others. However, Allah SWT has chosen humans as the most honoured of all creations for they are blessed with the ability to think.

Furthermore, among the purposes Allah SWT created mankind is to test them with trials and tribulations so that Allah SWT will determine who amongst them who has the best of deeds. At the same time, Allah SWT created women as a trial or fitnah for men. This is explained by Allah SWT in the Quran:

According to the above question, there is a hadith which clearly states that woman is a fitnah for men. The hadith is narrated by Imam al-Bukhari, Muslim, Ahmad and many others:

“I have not left after me any (chance) of turmoil more injurious to men than the harm done to the men because of women.”

According to Syeikh Abdullah al-Talidi, this hadith means that after the death of the Prophet PBUH, the greatest fitnah left by the Messenger PBUH is the fitnah of women which means Allah SWT created women as a creation that incites the desires of men and they are easily seduced by them. Thus, the fitnah of women is the greatest fitnah for all of her is a source of fitnah, such as her voice, looks, actions and others.

Likewise, it is stated in a hadith from Abu Sa’id al-Khudri RA, the Prophet PBUH said:

“So, avoid the allurement of women: verily, the first trial for the people of Isra'il was caused by women.”

The above hadith also stated that a Muslim should be conscientious around women which means he should be on his guard when he is socializing with a woman to avoid getting lured into fitnah.

Imam al-Nawawi Rahimahullah when commenting on this hadith said:

“Distance yourself from the fitnah of this world and women.” (See al-Minhaj Syarah Sahih Muslim, Al-Nawawi, 17/213)

The Honour of Women

When discussing the issue of the fitnah of women, it does not mean that women are viewed negatively according to syarak. Consequently, syarak honour and dignify the status of women. There are numerous advantages of women stated in sahih syarak evidences. Among them is a hadith narrated by Abdullah bin ‘Amr RA, where the Prophet PBUH said:

"The world is but a (quick passing) enjoyment; and the best enjoyment of the world is a pious and virtuous woman."

Imam al-Qurthubi when explaining the meaning of pious and virtuous woman stated in the above hadith as:

“She (woman) is someone who makes her husband happy when he sees her, when he instructed or ask for anything she would comply and when her husband is absent, she would protect (her husband’s dignity and honour) him and his property.”

This refers to the statement of the Prophet PBUH:

“Let me inform you about the best a man hoards; it is a virtuous woman who pleases him when he looks at her, obeys him when he gives her a command, and guards his interests when he is away from her.”

The same for a virtuous woman are those who are wives and also act as the main strength to their husbands. This is shown by Umm al-Mu’minin Khadijah binti Khuwailid R.Anha, when the Prophet PBUH is confused and scared after receiving the first revelation, Khadijah calmed the Prophet PBUH saying:

"Never! By Allah, Allah will never disgrace you. You keep good relations with your kith and kin, help the poor and the destitute, serve your guests generously and assist the deserving calamity-afflicted ones."

To conclude, every individual or human being is able to control his desires and saved from this fitnah. Hence, Islam has taught and placed guidelines for men when they are interacting with women and vice versa. Lastly, may Allah SWT protect us from fitnah of women and make our Muslim women as righteous and virtuous women. Amin.