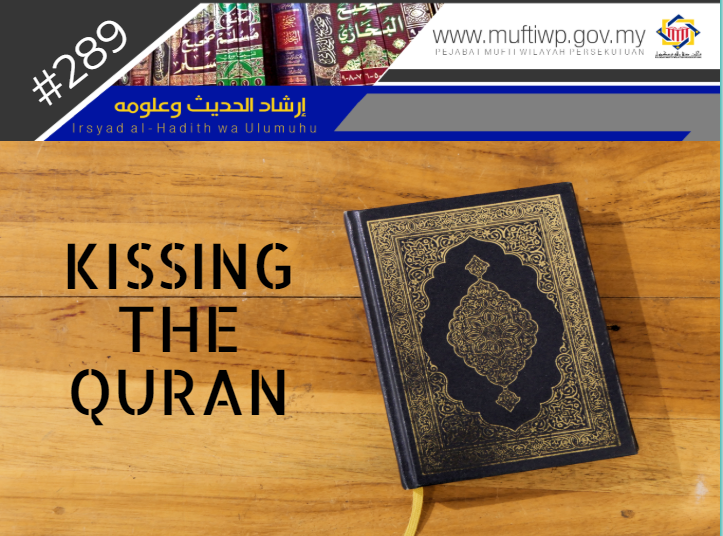 Assalamualaikum, is it true that Ikrimah bin Abu Jahal kisses the Quran for his great love for it?

Before we answer the above question, we would first like to give a brief background of Ikrimah bin Abi Jahal:

His real name is Ikrimah bin ‘Amru bin Hisyam bin al-Mughirah al-Qurasyi al-Makhzumi. His father is known with the nickname of Abu al-Hakam, but this was later changed by the Prophet PBUH to Abu Jahal. He used to be the enemy of the Prophet PBUH alongside his father during the time of jahiliyyah. He is also a part of renown cavalry army and he managed to escape during the opening of Mecca. (See al-Isti’ab fi Ma’rifah al-Ashab, 1082/3)

According to Abu Nu’aim al-Asbahani, Ikrimah embraced Islam on the day of the opening of Mecca and died a martyr during the rule of Umar bin al-Khattab in al-Yarmouk. There is also an opinion who states he passed away as a martyr in Ajnadain. (See Ma’rifah al-Sahabah, 2171/4)

Coming back to the question, scholars have disagreements regarding the ruling of kissing the Quran. The reason is, there is no clear evidence from the Prophet PBUH that states that the Prophet PBUH kisses the Quran. However, some scholars are inclined towards the permissibility of the act, referring to an athar(narration) of Ikrimah bin Abi Jahal. The stated athar is as the following:

“As for Ikrimah bin Abi Jahal RA, he took the mushaf (al-Quran) and put it on his face, crying while saying: This is the words of my Rabb (God), this is His book.”

Imam al-Hakim in al-Mustadrak states that the above narration is mursal (“hurried”; there is no narrator said to record directly from ‘Ikrimah). Furthermore, Imam al-Nawawi states that its sanad is sahih (valid) according to al-Darimi, narrated from Ibn Abi Mulaikah, from Ikrimah. Hence, we state that the above athar about Ikrimah is weak (dhaif) because the sanad is disconnected since one of the narrators named Abi Mulaikah never meet Ikrimah bin Abi Jahal because they live very far away from each other and the possibility of them ever meeting each other is impossible.

However, for the ruling in regards to kissing the Quran, there are several opinions of scholars:

Furthermore, in al-Mausu’ah al-Fiqhiyyah al-Kuwaitiyyah, it is stated that the ruling of kissing the Quran according to mazhab al-Hanafi is permissible and this is also the famous opinion in mazhab Imam Ahmad. This is also in accordance with a narration where Umar al-Khattab RA and Uthman bin Affan RA also did the same thing. (See al-Mausu’ah al-Fiqhiyyah al-Kuwaitiyyah, 133/13)

According to the above opinions, then we are inclined towards the opinion that states that it is permissible to kiss the Quran as a sign of our great love and value of the Quran itself. However, there is an opinion from scholars of mazhab al-Malik that states that it is makruh (undesirable) as stated in the book Manh al-Jalil because there is no evidence stating that the Prophet PBUH kissed the Quran.

As a conclusion, the narration about Ikrimah is weak (dhaif) because the sanad is disconnected. However, the Quran is the words of Allah SWT and thus, it is an obligation for us to honor it. Hence, it is not an offense if someone does it with the intention of honouring the Quran and show our love towards the Quran. Lastly, may Allah SWT bless us by making the Quran as our syafaat on Judgement day. Amin.