IRSYAD AL-HADITH SERIES 323: THE SUPERIORITY OF A PRAYER OFFERED BY A PERSON WHO IS MARRIED 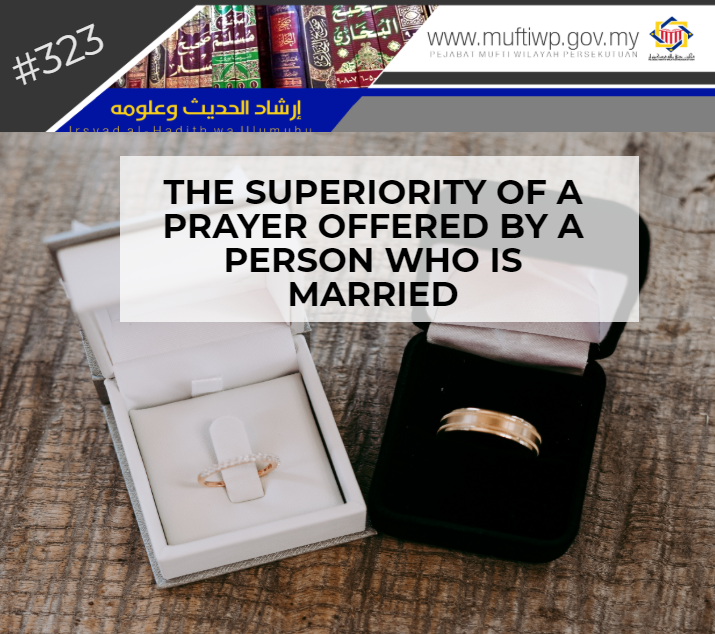 Is there a hadith that states two rakaat prayer of a person who is married is superior to that of an unmarried person?

Prayer is one of the pillars of Islam and it is represented as the pillars of the religion. This means, if one does not perform prayer, then his religion collapses. The intended hadith is:

'The head of the matter is Islam, and its pillar is the Salat’

Besides, Allah SWT creates man and woman and sanctions marriage for them. This is because, the original rule or in general, marriage is Sunnah because it is related to fitrah (human nature) and desire of humans. [See: al-Muktamad, 16/4]

So, in this series of Irsyad al-Hadith we will explain the status of a popular hadith in our society and this hadith or narration is often mentioned by the kadi in his nikah (marriage) sermon which is:

Before we state the status of the above hadith, we bring first the opinions of scholars who evaluated this hadith, among them:

After we analyse and go through some of the scholars’ opinion as stated above, we state that this hadith is not sahih. This is because there is no difference in term of superiority for a married or a single person in performing prayer. While what is mentioned or stated in the hadith on the difference is in terms of the advantage in prayer and it is as the following:

From Abdullah bin Mas’ud RA that he asked the Prophet PBUH on which deed is loved most by Allah? He replied,

To offer prayers at their early (very first) stated times

In conclusion, we emphasize that the above hadith is not sahih and we are not allowed to spread it to others except to explain that it is a fabrication. This is because the punishment for those who commit falsehood in the name of the Prophet PBUH is hellfire in the hereafter. Lastly, may Allah SWT preserve our tongue from conveying and spreading hadiths which are not sahih. Amin.