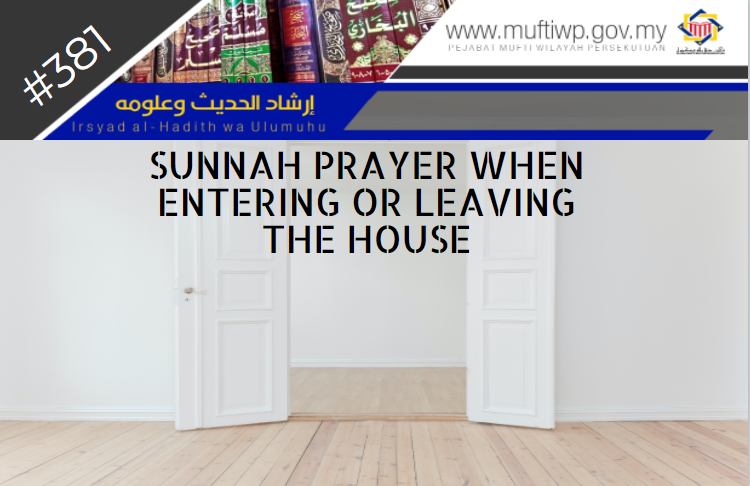 Are there any dalil related to sunnah prayer when entering or leaving the house?

It is a commandment for every Muslim both men and women to perform two rakaat sunnah prayer when entering or leaving the house. Before we answer the above question, we would like to present several hadiths which narrates the encouragement of the Prophet PBUH to increase the sunnah prayer at home. Among them are:

“The prayer a man offers in his house is more excellent than his prayer in this mosque of mine except obligatory prayer.”

In another hadith from Zaid bin Thabit RA, the Prophet PBUH said:

“O people! Perform your prayers at your homes, for the best prayer of a person is what is performed at his home except the compulsory congregational) prayer.”

In answering the above question, there are narrations which are related to prayer being performed when a person is leaving or entering his house. According to a narration from Imam al-Bazzar in his musnad:

Imam al-Munawi commented on the hadith saying, when a person is leaving his house it is sunnah for him to perform a brief two rakaat prayer and this can be achieved if he performed obligatory or sunnah prayer. The above hadith also states the wisdom behind the commandment which is to get the protection from Allah SWT from any harm outside or inside the house. Furthermore, the commandment of prayer is abrogated if a long duration of time has passed without any reason. This hadith is also an evidence used by Imam al-Ghazali when he states that it is sunnah to perform two rakaat prayer when leaving or entering the house. Moreover, the rewards of this can also be achieved when a person performs an obligatory or sunnah prayer when leaving or entering the house. (See Faidh al-Qadir, 1/334)

To conclude, we are commanded to always increase our sunnah prayer in our house including when we are leaving or entering the house. Lastly, may Allah SWT protect us and all our family from harm. Amin.