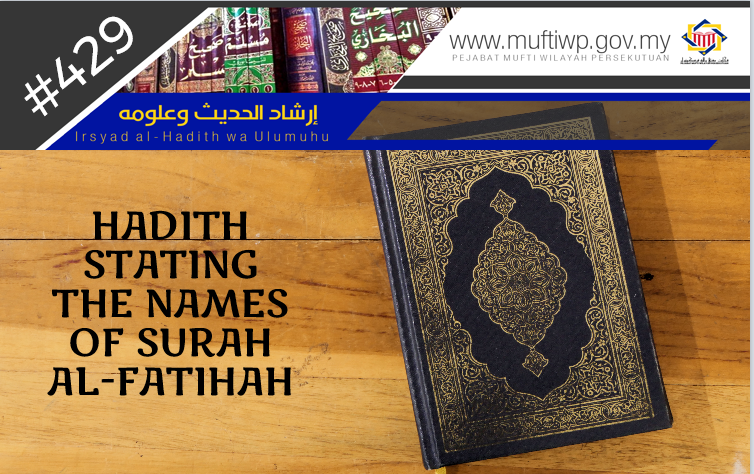 Is there an authentic hadith regarding the names for surah al-Fatihah?

Al-Quran is a miraculous book revealed by Allah SWT through the intermediary of Gabriel AS to the Prophet Muhammad PBUH. Furthermore, it includes 114 surah, where the first surah in the Quran is al-Fatihah. The recitation of al-Fatihah is one of the requisites of prayer.

According to the above question, there is a hadith that states other names for surah al-Fatihah:

“And We have certainly given you, [O Muhammad], seven of the often repeated [verses] and the great Qur'an.”

In another hadith according to a narration from Imam al Bukhari, the name of al-Fatihah is also stated as al-Sab’ al-Mathani:

"All praise and thanks be to Allah, Lord of all that exists. These are the seven oft-recited that I have been given, and the Grand Quran.'"

In regards to the meaning of al-Sab’ al-Mathani, scholars have differing opinions about it. Imam Mulla Ali al-Qari said the meaning of al-Sab’ (seven) is because the surah has seven verses as agreed (by scholars) although there is difference in opinions between the Kufah and Basrah scholars on several verses (according to the science of fawasil). While it is known as al-Mathani (oft-repeated) for it (al-Fatihah) is said to be the same with another surah (in the Quran) or because the verses are revealed in Mecca and Madinah. Other than that, it is also said that the surah is only revealed to the Prophet PBH and not to previous nations. (See ‘Aun al-Ma’bud, 4/232)

Another moniker for al-Fatihah is Fatihah al-Kitab:

"Whoever does not recite Fatihah al-Kitab (Al-Fatihah) in his prayer, his prayer is invalid."

Looking at the above hadiths and verses of the Quran, it can be concluded that surah al-Fatihah has several other meanings. Some of them are:

To conclude, surah al-Fatihah is one of the most important surahs in the Quran as stated in the above hadith of al-Bukhari according to the narration of Abu Said. Furthermore, surah al-Fatihah also has more than one name as given by Allah SWT and the Prophet PBUH. Lastly, may Allah SWT give us understanding in religion. Amin.