IRSYAD AL-HADITH SERIES 433: THE REWARDS OF HONORING THE ELDERLY 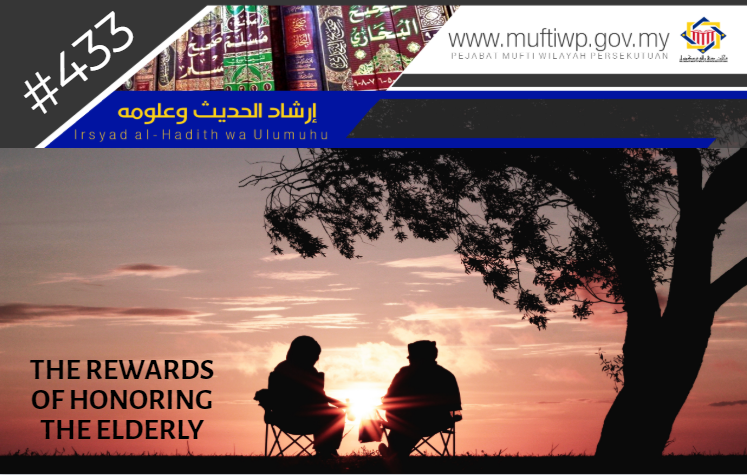 Is it true there is a hadith that states by honoring the elderly, he will be honored when he eventually reached old age?

Islam is a religion that emphasized manners in communication among people whether they are Muslims or non-Muslims. For this, among the reasons Allah SWT sent the Prophet Muhammad PBUH is to perfect good character and conduct to all mankind. This is in accordance with the statement of the Prophet PBUH:

"I was sent to perfect good character."

Referring to the above question, there is a hadith narrated by Imam al-Tirmizi and its status is not very strong:

"No young person honors an elder due to his age, except that Allah appoints for him one who will honor him at that age."

Furthermore, there is also a hadith from the Prophet PBUH who encourages us to love people who are younger than us and respect those who are older than us:

“He is not among us who does not have mercy on our young and does not respect our elders.”

Sunan al-Tirmizi (1919) [Imam al-Tirmizi said the hadith is gharib] [Imam al-Suyuthi state the hadith is sahih (authentic) in al-Jami’. While Syeikh Syu’aib al-Arna’outh said there is a narrator in the sanad of this hadith that is evaluated as weak by scholars who is Laith bin Abi Salim and the other narrators are thiqah (trustworthy). This hadith is also supported by other narrations]

Thus, both hadiths above are dhaif (weak) due to the fact that the narrator in their sanad is evaluated as dhaif by scholars. However, there is an authentic general hadith in the commandment of honoring, loving and caring among people:

"He who is not merciful to others, will not be treated mercifully.”

To conclude, the hadith from the Prophet PBUH is dhaif (weak). However, the meaning is accepted by understanding that we are commanded to honor or respect whoever for it is the beauty of Islam. Lastly, let us all try to be a Muslim with the best character and conduct and make the Prophet PBUH our best example. Amin.