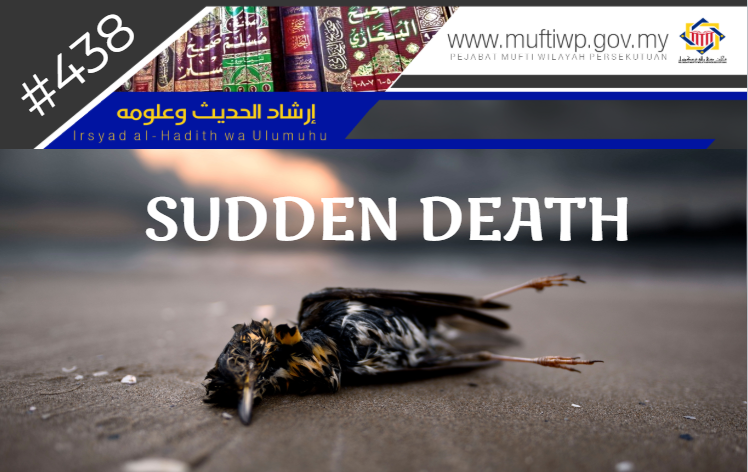 Is sudden death included as the signs of the Last Day?

Death is a certainty for every living thing. The reason is, Allah SWT clearly state in the Quran that death will come to everyone and it will not be early or late for even a second.

“And for every nation is a [specified] term. So, when their time has come, they will not remain behind an hour, nor will they precede [it].”

Syeikh al-Zuhaili when commenting on this verse said, every nation from all nations that exist as well as every generation from all the generations have their own set age limit in accordance with the knowledge of Allah SWT. When the age limit expires, then his life on this earth will cease to exist and he will die without it being early or late for even a second. (See Tafsir al-Wasit, 5/267)

According to the above question, there is a marfu’ hadith from the Prophet PBUH which state among the signs of the Last Day is the increase of sudden deaths.

“Indeed, among the signs of the Last Day…there will be an increase of sudden deaths.” [According to Imam al-Haithami in Majma’ al-Zawaid the hadith is narrated by Imam al-Thabarani in al-Saghir and al-Awsath from his teacher Haitham bin Khalid al-Missisi and he is a weak narrator. Imam al-Sakhawi said although the sanad is weak but it is strengethened by each other. While Syeikh al-Albani state the hadith is hasan in Sahih al-Jami’, 2/1026]

After reviewing the above opinions, we are inclined to state the status of this hadith is dhaif (weak) and this is also stated by Jordan’s Dar al-Ifta’, where it is stated that the sanad of this hadith is weak because the teacher of Imam al-Thabarani which is al-Haitham bin Khalid is a dhaif narrator as stated by al-Daruqutni.

According to Syeikh Yusuf al-Wabil in his book, this phenomenon can already be observed where nowadays there are a lot of sudden deaths incidents happening. It is as though we see a healthy young person suddenly die (unexpectedly), where in today’s situation, it is defined as a person experiencing heart attack. (See Ashrat al-Sa’ah, 172)

“Preserve the virtue of your ruku’ (bowing in prayer) during your free time, for death could come to you unexpectedly, how many people are healthy without any illness, but he could die so suddenly.” (See Iqtidha’ al-‘Ilm al-‘Amal, 106)

To conclude, although the above hadith is dhaif (weak), but it is an obligation for us to prepare ourselves at any time to meet Allah SWT by increasing and performing as many worships as we can. Lastly, may Allah SWT end our lives with a good ending. Amin.