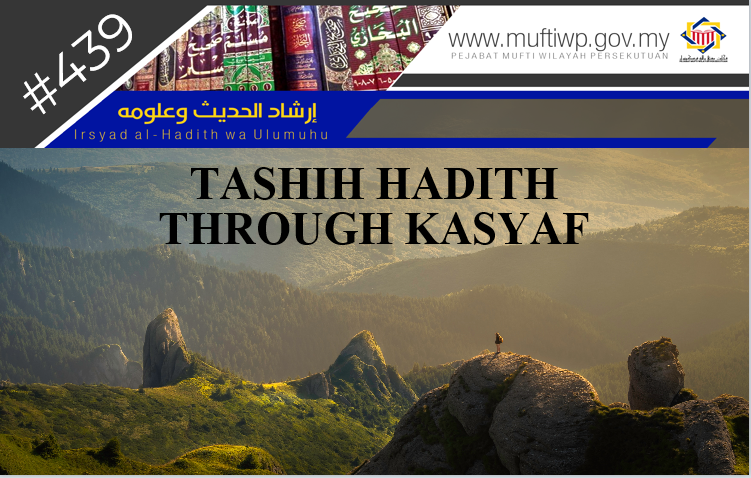 Is it permissible to tashih hadith through kasyaf or dreams?

In determining the authenticity of a hadith, one must follow the method or manhaj of the scholars. The reason is, the responsibility to tashih a certain hadith is a heavy duty for it is closely related to our honoured Prophet Muhammad PBUH. The reason is, there are numerous hadiths and some of their status is mutawatir which states the implication of claiming something is from the Prophet PBUH when this is untrue. Some of them are:

"Whoever tells a lie against me (intentionally) then (surely) let him occupy, his seat in Hellfire.”

"Whoever (intentionally) ascribes to me what I have not said then (surely) let him occupy his seat in Hell-fire."

Furthermore, in determining a certain hadith, it should be through a meticulous and thorough process in the aspect of al-Dirayah and al-Riwayah. When a certain hadith fulfils the conditions set, only then it can be said to be an authentic hadith. Regarding the matters pertaining authentic hadith, we have published the article of Irsyad al-Hadith Series 104.

According to the above question, kasyaf literally means the unveiling of hijab and the term is used to define something that is placed in the heart as a gift, which is taken from the meaning of ghaibi and matters of the truth through wujud and syuhud. (See al-Ta’rifat, 237). Furthermore, to authenticate or rule a certain dhaif (weak) hadith are matters that is included under ijtihad that is built through research, analysis and evaluations on the opinions of scholars and comprehensive observation in the terms of defect and support of the hadith and others.

Thus, the evaluation on hadith require great mastery or disciplines of knowledge on hadith specifically. Hence, kasyaf or dream cannot be used to determine the status of a hadith for it does not undergo the processes that we have stated above.

“The hadith may be considered as authentic according to the chain of narrators but according to the kasyaf individual, the hadith is unauthentic according to his question to the Prophet PBUH. Then it is known from it (his question) regarding the falsehood of it and the narration is neglected although it is practiced by hadith scholars due to the authenticity of the chain. A hadith may be neglected due to the weakness of its chain or because there is a person who narrates fake hadith in its chain of narration but it is considered as authentic according the kasyaf individual when he meets the Prophet PBUH.” (See Kasyf al-Khafa’ wa Muzil al-Ilbas, 1/10)

“As it is known by every individual who state hadiths are not thabit unless its sanad (chain of narrators) should be considered and not through al-Kasyf or lights in the heart.” (See Fath al-‘Aliy, 1/54)

To conclude, to authenticate or rule a hadith is weak through kasyaf or dream is a false claim. The reason is, if this is ruled permissible, then it will surely harm the methods and procedure that have been set by hadith scholars. On another hand, in the issue of authenticating or ruling a dhaif (weak) hadith, one should know at least two marhalah (stages), which is knowing the position of the hadith and the research on the sanad of the hadith. Lastly, may Allah SWT protect our tongues from saying or claiming something that is inauthentic to be from the Prophet PBUH. Amin.