IRSYAD AL-HADITH SERIES 441: THE ANGEL ASKED FOR PERMISSION FROM THE PROPHET PBUH TO TAKE HIS LIFE 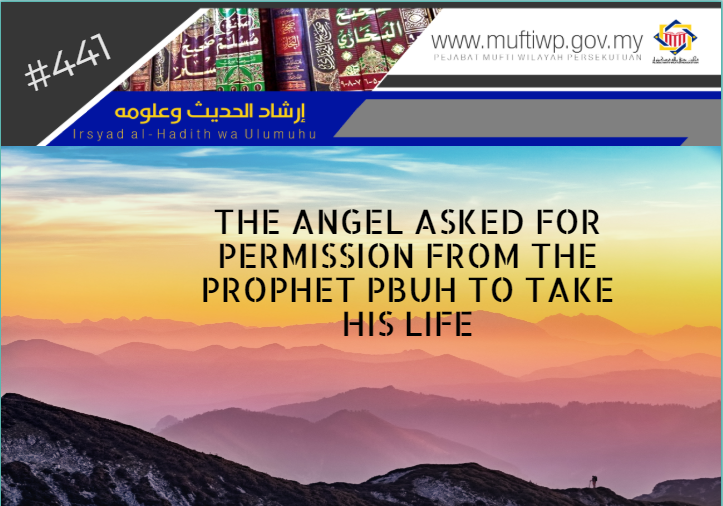 Is the following story or narration which states that the angel of death asked for permission from the Prophet PBUH to take his life true?

He came in and said: ‘Peace be upon you O the Messenger of Allah. Allah has sent me to give you a choice between an everlasting life in the world or to meet Him.” However, the Prophet PBUH chose to meet Allah SWT.”

And indeed, you are of a great moral character.

Referring back to the question asked, we do not find the story or narration in the muktabar books.

In conclusion, the above story’s origin is not known for it is not stated in muktabar books although it is narrated in the books written in the recently. Lastly, may Allah SWT make our character like the character of the salaf al-soleh who lived in the best centuries. Ameen.