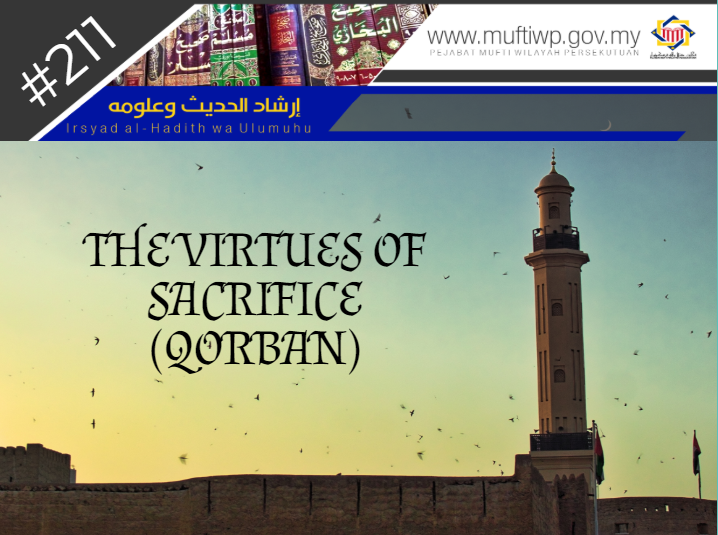 What are the virtues of a person who performs a sacrifice (qorban)?

Qorban or sacrifice is acclaimed worship done by the prophet Abraham AS on his son the Prophet Ishmael AS fulfilling the commandment of Allah SWT. Following this incident, we are sanctioned to perform the worship of sacrifice. There are several hadiths describing the advantages for those who perform the sacrifice. Among them is:

“The son of Adam does not do any deed on the Day of Sacrifice that is dearer to Allah than shedding blood. It will come on the Day of Resurrection with its horns and cloven hoofs and hair. Its blood is accepted by Allah before it reaches the ground. So, be content when you do it.”

The hadith clearly states that the most prioritized worship on Eidul Adha is shedding of animal’s blood. The reason is, it will come to us in the hereafter with every part of its body intact and every part of it will be rewarded and it will also act as an animal mount for those who perform a sacrifice to cross the sirat bridge. (See Tuhfah al-Ahwazi, 5/61). On another hand, there is a difference of opinions regarding the status of this hadith where some scholars said that it is dhaif (weak) and others. However, al-Mubarakfuri stated that the status is hasan when he commented on it.

Furthermore, at the end of the hadith, we can find a commandment for us to clean our soul and ourselves by performing worship for the great rewards from Allah SWT.

Sacrifice is an acclaimed worship with great rewards for those who performed it. The reason is, qorban is sunnah muakkad (highly encouraged sunnah) and it is greatly encouraged for those who fulfil the conditions of those eligible to perform sacrifice according to the statement of Allah SWT:

Lastly, may Allah SWT give us the strength and guidance to worship Him and obey all His commandments which will ultimately lead us to Jannatul Firdaus the best of heavens in the hereafter. Amin.