IRSYAD AL-HADITH SERIES 180: DU’AS (SUPPLICATIONS) TO BE FREE FROM DEBT 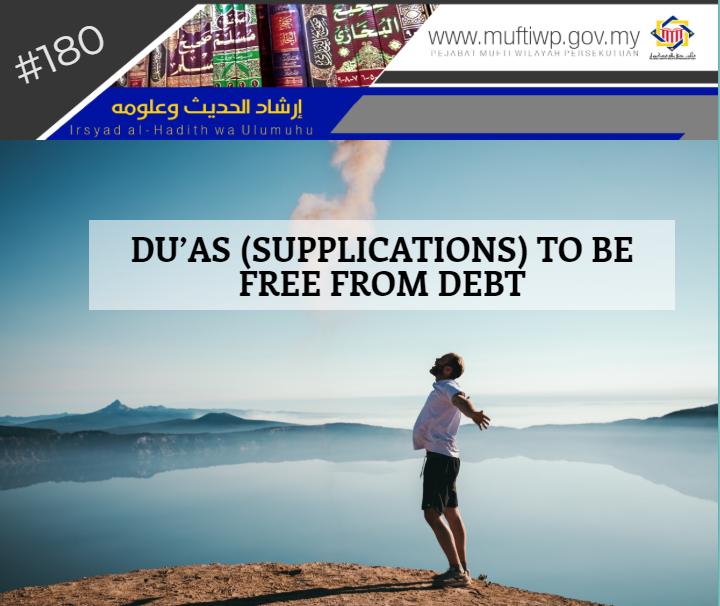 What is the du’a to be free from debt?

The jurists defined debt according to Shara’ as ‘entitling the ownership of something to others with the condition of returning it back without having any additional charges’. See: Mustafa al-Khin, Mustafa al-Bugha, Ali Syarbaji, al-Fiqh al-Manhaji.chap. 6. pg. 101.

Coming back to the question above, pertaining to supplications to be free from any debt, there are several hadiths which are good to be practiced for each person who is burdened with debt.

Here, we bring several hadiths on the supplication to be eased in settling debts. Among them are:

He said: When I did that Allah removed my care and settled my debt

The Apostle of Allah (ﷺ) used to supplicate in prayer thus:

Imam al-Hafiz Ibn Hajar said that the meaning of the phrase maghram is dayn which is debt. It is said that what is meant by al-Maghram is whatever is indebted whether it is among the permitted or not, but then the debtor is unable to pay. See: Ibn Hajar al-Asqalani. Fath al-Bari. Chap. 2. pg. 371.

When any one of you intends to go to sleep, he should lie on the bed on his right side and then say:

Imam al-Nawawi Rahimahullah said: “What is meant by debt is an obligation upon Allah SWT and upon His servants as a whole. It includes all sorts of obligation.” (See: Abu Zakaria Muhyiddin Yahya bin Syarf al-Nawawi. Syarh al-Nawawi ‘ala Muslim. chap. 17. pg. 36). Beirut. Dar Ihya’ al-Turath al-‘Arabi.

O Allah, suffice me with Your lawful against Your prohibited, and make me independent of all those besides You

May this brief sharing give us understanding and Feeling of assurance in Allah SWT. Ameen.