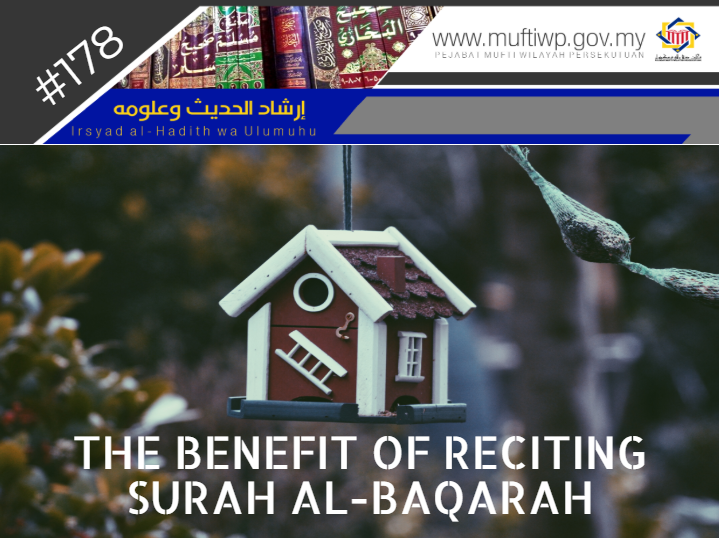 Referring to the hadith mentioned by the questioner, we found the hadith in several books. One of them is:

The Status and Commentary on the Hadith

Imam al-Haithami states that the hadith is narrated by Imam al-Thabarani and other narrators are sahih (authentic) with the exception of al-Sya’bi for he did not hear (the said hadith) from Ibn Mas’ud. (See Majma’ al-Zawaid, 118/10)

According to the opinions of these two great scholars, we conclude that the hadith is categorized as weak (dhaif) because the chain of the narrators is broken, where al-Sya’bi did not hear the hadith from Abdullah bin Mas’ud.

On another note, there is another sahih (valid) hadith from Sahih Muslim that states the benefit of reciting surah al-Baqarah and meaning is as the following:

“Do not make your houses as graveyards. Satan runs away from the house in which Surah Baqara is recited.”

According to Syeikh al-Mubarakfuri the meaning of do not make your house into graveyards is a house where zikr (remembrance of Allah SWT) and worship is absent from it, for it is similar to a graveyard because only a dead person is no longer able to remember and worship Allah. Another meaning of this hadith is the prohibition of burying anyone inside a house. However, this first meaning is applicable for this hadith, which is a house of which there is an absence of zikr and worship in it. (See Tuhfah al-Ahwazi, 146/8)

To conclude, although the above hadith is mawquf and its chain of narrators is broken, some scholars ruled it permissible to practise it. The reason is, there is another hadith that supports the mawquf hadith as we have stated above from Sahih Muslim. Furthermore, the companions of the Prophet would not say anything unless they heard it from the Prophet PBUH himself. The Prophet PBUH said:

“So, you must stick to my Sunnah and to the Sunnah of the Khulafa ar-Rashideen (the rightly guided caliphs), those who guide to the right way.”

Lastly, may Allah SWT give us guidance in practising our religion and accepts all our good deeds. Amin.