IRSYAD AL-HADITH SERIES 176: THE AUTHENTICITY OF THE HADITH WHICH STATES THAT THE PUNISHMENT OF THE GRAVE IS SUSPENDED FOR 40 DAYS 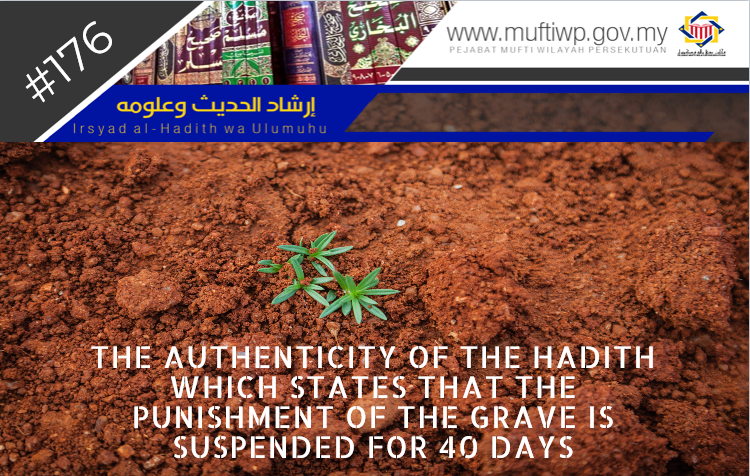 Assalamualaikum, is the hadith which mentioned that when a scholar passes through a cemetery, then the punishment of the grave is suspended for 40 days authentic?

Matan of the Hadith

After we observe and analyze the related hadith meant, we found the matan of the hadith as the following:

“Indeed, scholars and those who are learning, when they pass through a village, then Allah SWT will suspend the punishment of the grave which is in the village for 40 days.”

After analysing the hadith, we found that the hadith is fake and of no origin. Among the scholars who evaluated the hadith as fake are:

To conclude, determining the authenticity of a certain hadith is of utmost importance for the Prophet PBUH warns those who lie about him and his hadith. From Anas bin Malik RA, the Prophet PBUH said:

Lastly, may Allah SWT give us understanding in this religion and protect our tongues from the mistake of relating something from the Prophet PBUH when it is not so. Amin.