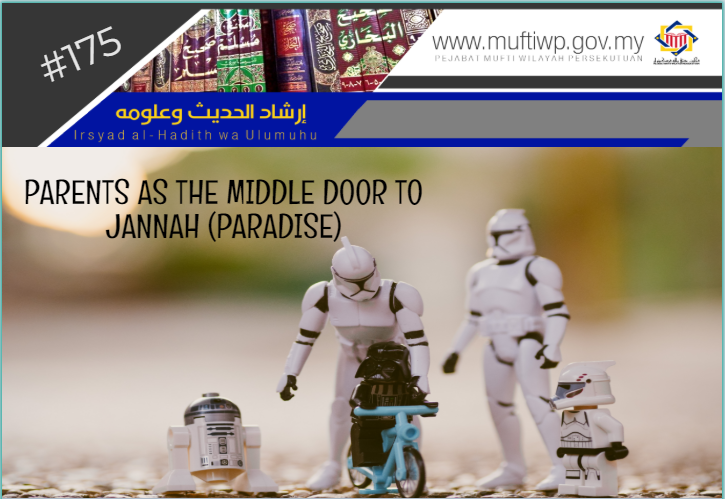 Is the hadith stating that our parents are the middle door to paradise sahih?

We found the hadith stated in the above question narrated in several hadith books. Some of them are:

“The father is the middle gate to Paradise. So, if you wish, then neglect that door, or protect it.”

“The father is the middle door of Paradise (i.e. the best way to Paradise), so it is up to you whether you take advantage of it or not.”

“The father is the middle gate to Paradise. So, if you wish, then neglect that door, or protect it.”

According to the scholars, this hadith is sahih. Among the scholars who ruled it sahih are:

Syeikh al-Mubarakfuri commented on the hadith saying that the Allah’s wrath depends on the anger of the parents. The reason is, Allah SWT commanded us to obey our parents and honour those who does so. Whoever obeys his parents, then he is obeying Allah. And whoever angered them has also angered Allah SWT. (See Tuhfah al-Ahwazi, 21,23/6)

This hadith also explains our obligation in doing good to our parents and obeying them (in matters that does not contradict Islam). At the same time, this hadith explains that parents are one of the ways for a person to gain entrance to paradise.

As a conclusion, doing good and obeying parents is a commandment for every individual. Among the evidences for the obligation of doing good towards parents is a statement of Allah SWT:

“And your Lord has decreed that you not worship except Him, and to parents, good treatment. Whether one or both of them reach old age [while] with you, say not to them [so much as], "uff," and do not repel them but speak to them a noble word.”

Lastly, may Allah SWT make us among His slaves who are consistent in obeying and doing good to our parents and placed us among the people of paradise in the eternal hereafter. Amin.