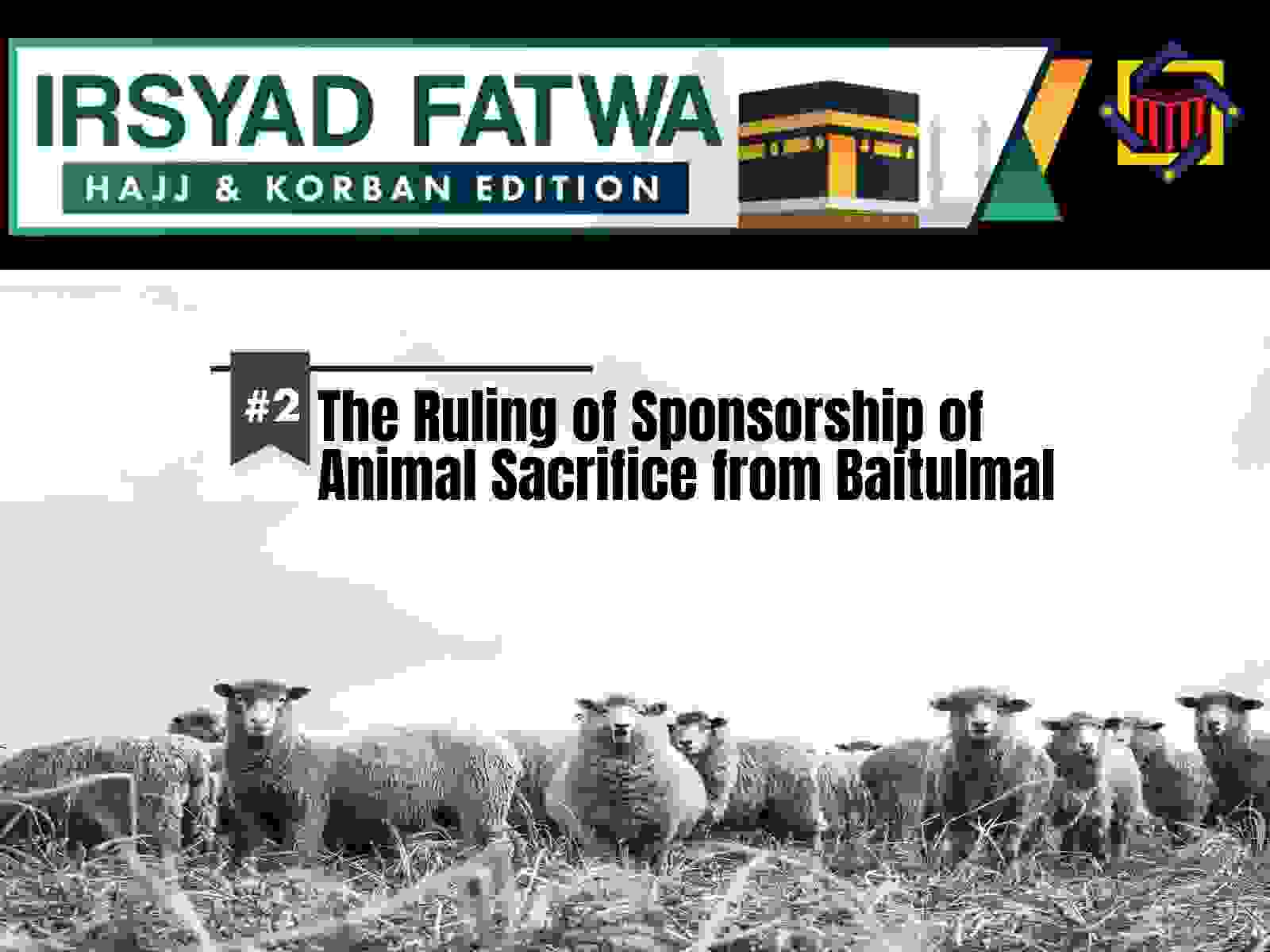 Assalamualaikum Datuk Mufti, is it permissible for Islamic religious council or baitulmal to sponsor or contribute animals for sacrifice for residents in a certain place and what is the ruling for it?

In answering the above question, we would like to share the opinions of fiqh scholars and religious bodies of authority regarding this issue. They are as the following:

Imam al-Khatib al-Syarbini Rahimahullah: It is sunnah for a ruler to perform the worship of sacrifice from baitulmal resources for Muslims with a cow in musolla and he (the ruler) himself should slaughter it. And if it is difficult to get a cow, then it is enough to slaughter a goat as an ittiba’ (following the sunnah). See Mughni Al-Muhtaj, Al-Syarbini. (6/125).

Although it is stated that the ruler should slaughter the animal himself, it is permissible to replace it with another person. This is in accordance with the narration when there are 100 animals for slaughter (which consists of camels and cows):

“The Prophet (ﷺ) slaughtered sixty-three with his own hand, and ‘Ali slaughtered the rest.”

He further states: It is prioritized to replace the person (who is going to slaughter) with a Muslim who is faqih (expert) in slaughter and it is makruh (undesirable) to replace the slaughterer with the people of the book, children and blind person. Al-Ruyani said: Replacing a woman who is menstruating is khilaf awla (dismissal towards the chosen opinion) and the same is for a woman who is experiencing nifas (bleeding due to childbirth). Refer Al-Mughni al-Muhtaj, Al-Syarbini (6/125).

Second: The opinion of the author of al-Fiqh al-Manhaji

The author of al-Fiqh al-Manhaji wrote: “It is sunnah for a ruler or a leader of the Muslimin to perform the worship of sacrifice for them using baitulmal resources.” Refer  Al-Fiqh al-Manhaji ‘ala Mazhab Al-Imam Al-Syafie (1/236).

This opinion is in accordance with a hadith of the Prophet PBUH when he was slaughtering his animal sacrifice he said:

The Opinion of Dar Al-Ifta’, Jordan

Samahah Al-Mufti Dr. Naddhal Sulthan said: It is impermissible for a man to perform sacrifice for someone else without first getting the person’s permission with the exception if he is doing it for his family member, or if he is a wali and he is doing it for someone under his authority, or a leader who uses the resources from Baitulmal to perform sacrifice for Muslimin. Refer to the following link http://goo.gl/omyvdl

Statement of Mufti of Federal Territories

After analysing the above opinions of scholars, in our opinion, it is permissible for a ruler through baitulmal to sponsor or contribute sacrificial animals for Muslims. We also state that this issue should be given attention to, especially in areas where its residents are from among the poor and needy where there are none who are able to perform the worship of sacrifice. Hence, the actions of a ruler to sponsor sacrificial animals through baitulmal will bring about benefits in upholding the eminence of Islam.

As an example, in areas where the Muslim aborigines live in, where they cannot afford to buy livestock for the worship of sacrifice. However, in other places where the population are able to perform the sacrifice, then they should perform it with the purpose of upholding the eminence of Islam.

“Whoever can afford it, but does not offer a sacrifice, let him not come near our prayer place.”

Hopefully, this explanation will ease the understanding regarding the worship of sacrifice and make us among those who uphold the eminence of Islam for it is a symbol of taqwa in our hearts. Allah SWT states:

“And whoever honors the symbols of Allah - indeed, it is from the piety of hearts.”