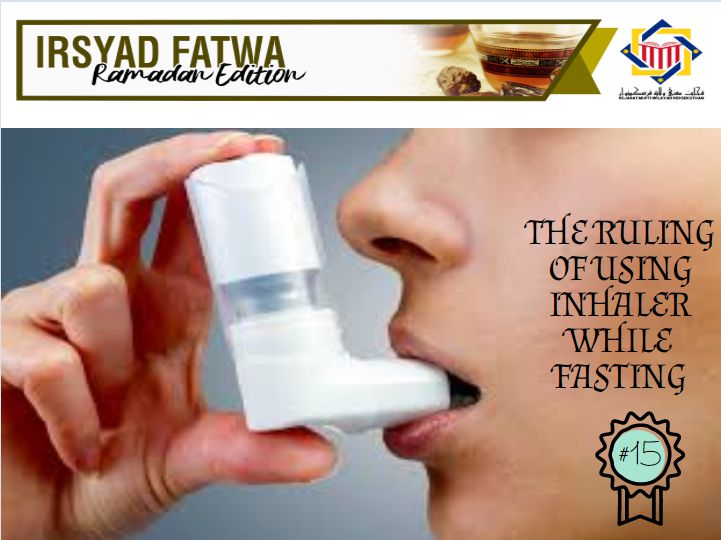 Assalamu‘alaikum SS Datuk Mufti. I suffer from asthma. If I use my inhaler during the day while I am fasting, will it invalidate my fasting?

First and foremost, we would like to emphasize that this is a khilafiyyah issue (scholars have acceptable differing opinions) and has been discussed, especially by contemporary (mu’assirin) scholars. It is a current issue due to the advancement of medical technology, thus, it was not specifically discussed by early scholars.

Returning back to the issue, the scholars’ opinions are divided into two:

FIRST: IT DOES NOT INVALIDATE FASTING

After analysing both opinions, we are inclined stating the usage of inhaler during the day in Ramadhan does not invalidate the fast.

Furthermore, we found that asthma attacks do not occur continuously but just happen occasionally while other times the sufferer is healthy. Islam is religion of acceptance and tolerance, thus, there is an exception for the usage of inhaler for asthma sufferer (does not invalidate the fast), while at the same time they are able to gain the rewards of fasting just like everyone else.

This is the appropriate and logical opinion. It is a correct opinion through qiyas with gargling, istinsyaq and siwak. This is in accordance with the opinion of renown contemporary scholars and bodies of authorities of today.