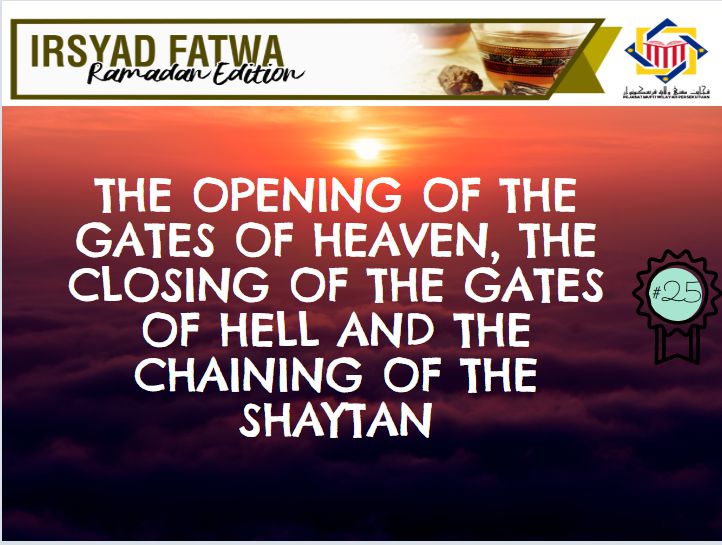 Al-Qadhi ‘Iyadh said: “It can be literally understood where the gates of heaven are opened, the gates of hell are closed and the devils are chained as an honour for the blessed month of Ramadhan. Furthermore, the devil is prevented from whispering and influencing the believers.”

Ibn Hajar al-Haitami in Ittihafu Ahlu al-Islam bi Khususiyat al-Siyam said: “The wisdom from the above hadith is literal, where the gates of heaven are opened and the gates of hell are closed. This is a representation of how great the month of Ramadhan and rewards of it is to the angels.”

The devil is chained (the meaning is literal) all the time or as a metaphor (majaz kinayah) of doing evil deeds of influencing and deceiving humans.

In Ahkam al-Siyam, by Dr. Muhammad Uqlah, he said: “It means a tether or tying that would result in the decrease of the influence and whispers of the shaytan and the devil’s ability to harm the believers.”