THE MEANING OF AR-RAYYAN 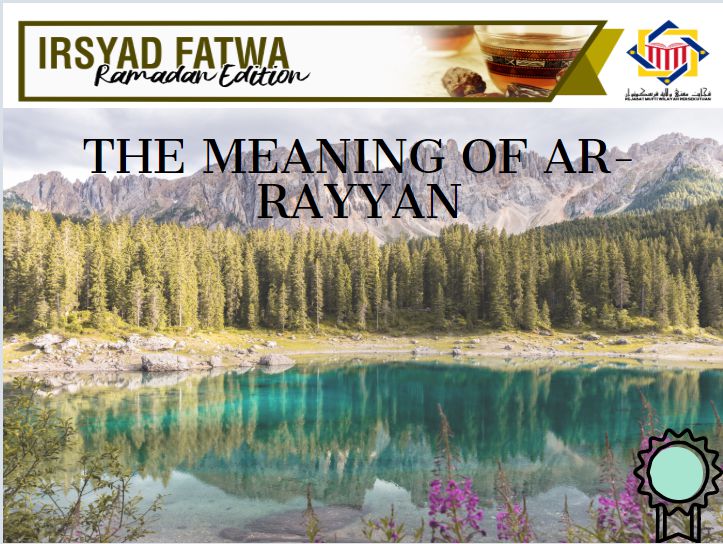 Assalamu‘alaikum SS Dato’ Mufti. What is the meaning of Rayyan in the hadith of the Prophet PBUH?

“In Paradise, there is a gate which is called Rayyan through which only the people who fast would enter on the Day on Resurrection. None else would enter along with them.”

Imam al-Nawawi Rahimahullah said in Syarah Muslim: The hadith states the benefit and the honour of those who fast.

Al-Rayyan means: “Someone who is not thirsty. It is an appropriate word ascribed to the people who fast.”

Mulla al-Qari said: “The meaning of al-Rayyan may describe how they no longer feel thirst for there are numerous rivers, flowers and fruits around him, or whoever reached it (enters it) will never feel thirsty again in the hereafter.”

Izzuddin bin Abd Salam states in Fawaid al-Saum: “There is a specific door or gate of paradise known as al-Rayyan due to the exclusive honour of those who fast.”

This is the real meaning of al-Rayyan (describing the special door of paradise) and it is eternal for the occupants of paradise who performed the commandments on them by Allah SWT.