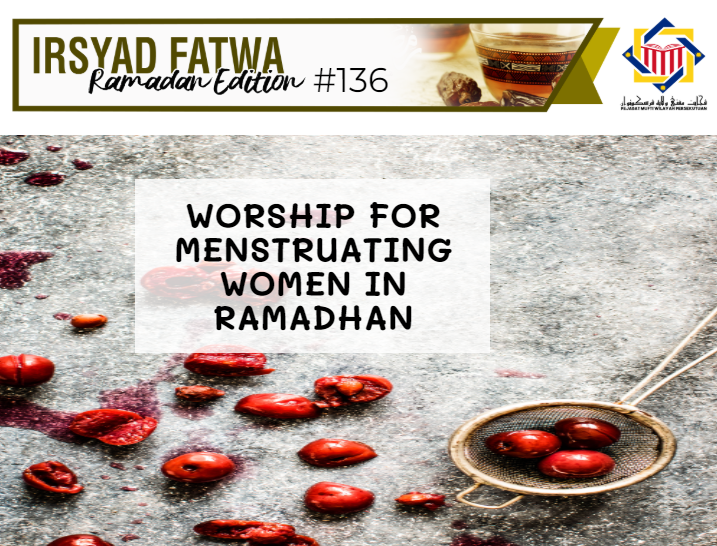 Assalamualaikum, what is the ruling for a woman who is menstruating if she recites the Quran or ma’tsurat? Is it permissible to recite short or common verses of the Quran?

The second question is, what are worships that a menstruating woman can do in the month of Ramadhan or on the night of Lailatul Qadar?

Scholars have differing opinions on the issue of the permissibility of a menstruating woman to recite the Quran. We simplify their opinions as the following:

First: Haram. This is the opinion of the jumhur (majority of scholars). They prohibit women against reciting al-Quran when they are menstruating or in the state of junub (major hadas/impure state) according to a hadith from Ibn Umar RA, where the Prophet PBUH said:

"The menstruating woman does not recite - nor the Junub - anything from the Qur'an."

This hadith is dhaif (weak) according to some scholars because some of the narration is from Ismail bin Ayyasy from Hijaz and narrations from them are dhaif.

Second: Permissible. This is the opinion of Malikiyyah scholars according to a sahih hadith which permits menstruating women to hold the Quran and it is also permissible to recite it for the purpose of teaching and learning in education.

This relaxation is given only for menstruating women and not for those who are in the state of junub (major hadas). The reason is, if they are prohibited against reciting the Quran, then it is feared that they would forget what they have memorized (from the verses of the Quran). Whereas, dhikr (remembrance of Allah SWT) is permissible for menstruating women.

Among the Statements of Scholars

We would like to state that in short, reciting al-Quran in the forms of dhikr and supplication is not included among the matters which are prohibited for menstruating women. Examples of these are reciting the supplication when riding a vehicle for travel, ma’tsur supplications from the Quran as morning and evening dhikr and other similar recitations.

Regarding worships that a menstruating woman can perform during the month of Ramadhan, we would suggest the following:

For menstruating women, they are encouraged to recite supplications and dhikr during the month of Ramadhan. Among them is an encouragement in a narration from A’isyah R.Anha, she said:

"O Messenger of Allah, what do you think I should say in my supplication, if I come upon Laylatul-Qadr?" He said: "Say: 'Allahumma innaka 'afuwwun tuhibbul-'afwa, fa'fu 'anni (O Allah, You are Forgiving and love forgiveness, so forgive me).'"

Third: Give or provide food for people who are fasting

Menstruating women can also prepare or give food to people who are fasting. There are great rewards for people who do this. This is according to a hadith narrated by Zaid bin Khalid al-Juhani RA, where the Prophet PBUH said:

Furthermore, Imam Izzuddin al Izz bin Abd al-Salam when explaining the advantages of feeding a fasting person: “Whoever provides food to 36 fasting people throughout the year, then he will be rewarded with a fast of a year.” Refer Maqasid al-Saum, Izz Abd al-Salam (pg. 18).

The reason is every good deed a person did its rewards will be multiplied by 10 as stated by Allah SWT:

“Whoever comes [on the Day of Judgement] with a good deed will have ten times the like thereof [to his credit],”

Thus, when a person provides food for 36 people who are fasting, then he would have been rewarded with the rewards of fasting 36 times. Then, the rewards are multiplied by 10, then the total would be 360 rewards and this is the total number of days for a year according to the Hijri calendar.

To close, we would like to state that although there are some worships that a menstruating woman could not perform, this does not deny their chance to chase and attain the great rewards in the month of Ramadhan al-Mubarak. Furthermore, there are numerous other worships that can be performed while she is menstruating just as stated in the above examples.

Lastly, may Allah SWT give us all the correct understanding in religion. Amin.