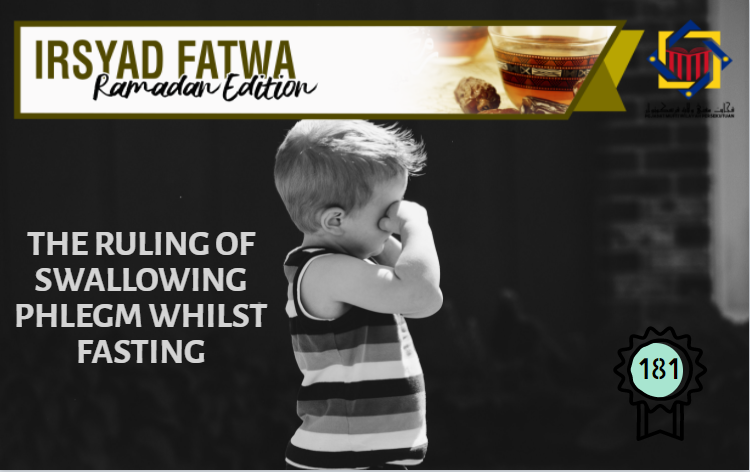 What is the ruling of swallowing the residue of phlegm inside of the mouth after sneezing whilst fasting? Hope for an explanation.

Verily, there are matters that should be taken care of whilst fasting. This is because among invalidators of fasting is by throwing out or taking out something from the stomach intentionally on the daytime of Ramadhan. In fact, the Prophet PBUH said as narrated by Abu Hurairah on the ruling of throwing out for people who are fasting:

“Whoever cannot help himself and vomits does not have to make up for the day, but whoever vomits intentionally must make up the day.”

Based on the issue, sneezing is releasing air particles abruptly and strongly from the nose and mouth due to having a cold, allergy, and reaction upon any stimulus through the respiratory channel. While phlegm is a liquid or fluid which discharges from the throat or brain. (Dewan Bahasa dan Pustaka)

Generally, the ruling of forcing out the phlegm whether it originates from the brain or chest does not invalidate one’s fasting according to the scholars of madhhab al-Shafi’e. However, the ruling of a fasting person swallowing the phlegm is different whether it comes after sneezing or coughing and it depends on the area where the phlegm is situated as the following:

The outer part for mouth cavity refers to the place of pronouncing the letter (خ) and (ح), while the inner part for the cavity is based on the place of pronouncing the letter (ه) and (ء). So, if the phlegm is situated inside of the mouth, one’s fasting is invalidated if he swallows the phlegm. This is mentioned by Imam al-Syirbini in his book al-Iqna’.

“If the phlegm discharges from the brain and enters the outer part of the mouth which is the place of pronouncing the letter kha’ (خ) and ha’ (ح) according to the strong opinion, so he shall not leave the phlegm until it reaches the inner part thus invalidate his fasting”

If it is found that the phlegm is at the inner part which is other than the outer part in the mouth cavity, so it does not invalidate the fasting. Imam al-Nawawi stated on the ruling in his book: