IRSYAD AL-FATWA RAMADHAN EDITION #88: EJACULATION DURING THE DAY IN RAMADHAN 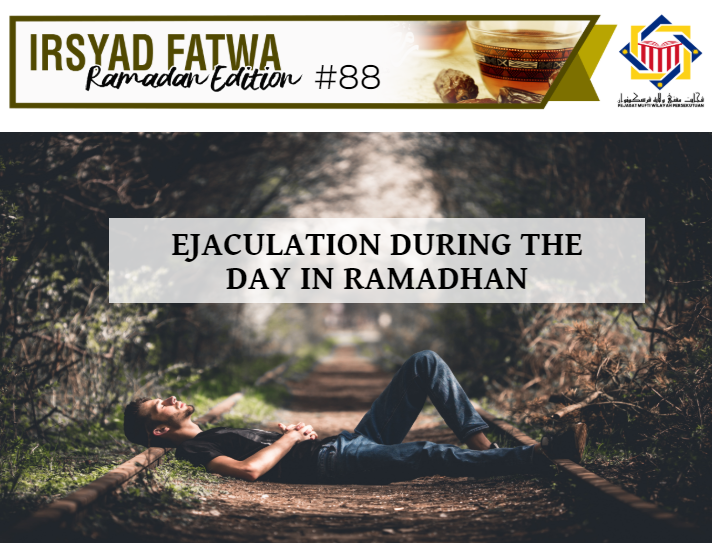 Is the fast of a person valid if he ejaculates during the day in Ramadhan and just realizes it when he wakes up from his nap?

In answering this question, we will include the original text from al-Muktamad in madhhab al-Syafie:

“Purposely ejaculating semen without intercourse such as by kissing, masturbation with his hands or the hands of his wife or physical contact is considered as ejaculation. As for if semen is accidentally ejaculated (not because of the above reasons or physical sexual activity), then it does not invalidate fasting. The same if he sees something with his eyes even if it is repeated or thinking in his mind and then he ejaculates without any physical contact, then it does not invalidate the fast. Furthermore, it is the same for a person who dreams during the day of Ramadhan, it does not invalidate his fast according to the consensus of scholars for it is beyond his control.” (See al-Muktamad, 184/2)

This opinion is based on a hadith stated by Syeikh Mustafa al-Bugho in Sunan Abi Daud, where the hadith is mubham which means it is unknown who the narrator of the hadith but this matter has been explained by Imam al-Darquthni: (See Ifadah al-Raghibin, 655/1)

“Neither vomiting, nor emission, nor cupping breaks the fast of the one who is fasting.”

Thus, we state that the fast of a fasting person who ejaculates while he was sleeping is valid on the condition that the ejaculation is not due to sexual physical contact. The reason is it happens beyond his desire or control. Furthermore, the actions of a sleeping person are not accounted for.

Lastly, may Allah SWT accept our deeds and give us understanding in this religion so that we can continue worshipping Him in our daily lives in this blessed month. Amin.