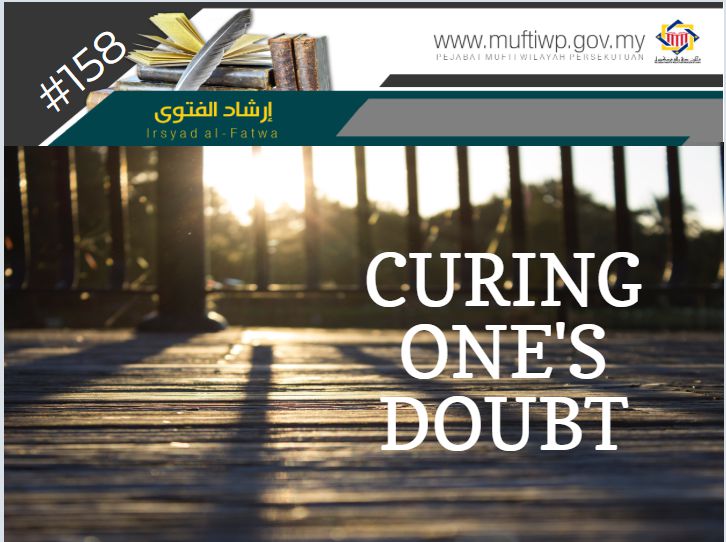 What is the best way to cure doubts, especially in term of worship such as taharah (purification) and prayer?

We would like to emphasize that doubts inside the heart of humans is a disease that comes from shaytan and they are a clear enemy for humans. Allah SWT states:

“Did I not enjoin upon you, O children of Adam, that you not worship Satan - [for] indeed, he is to you a clear enemy - And that you worship [only] Me? This is a straight path.”

As our enemy, they would do any means to mislead humans. One of the means they would use is whispering doubts inside humans’ hearts. This is clearly stated by Allah SWT:

“Who whispers [evil] into the breasts of mankind,”

Al-Imam al-Qurtubi Rahimahullah comments the above verse stating the whispers (doubts) of shaytan is akin to their (shaytan’s) persistent prayers for us to obey them, these whispers would reach the hearts of humans without us even hearing their voices.

Islamic scholars are concerned about the disease of doubt, for it can become chronic and worsen as it is a disease related to the heart. Here, we include some of the ways that can be used in our effort to cure this disease.

“As for it (the disease of doubts), the beneficial cure is ignoring or disregarding it completely (the doubts that we have). Even if he has doubts, as long he ignores his doubts, then it would slowly disappear. This is the experience of people who has been guided and has finally be able to cure his doubts. However, if he listens (pay attention to his doubts), then his doubts will only grow until it leads to insanity, as has been reported experienced by people with severe doubts disease.” (See al-Fatawa al-Fiqhiyyah al-Kubra. Al-Maktabah al-Islamiyyah, 1/149).

“The cure for doubts is determination and belief that it is nothing more than the whispers of shaytan, for they (shaytan) are the ones that we are fighting against and for him is the rewards of those going to war fighting against the enemies of Allah SWT. If doubts came in his heart, he would avoid it.” (See al-Fatawa al-Fiqhiyyah al-Kubra. Al-Maktabah al-Islamiyyah, 1/150)

“Indeed, doubts would not influence anyone except the people that do not know or are uncertain or are unable to differentiate (whether it is correct or wrong). Whereas, for those who truly understands and have the knowledge from guidance, they would not be influenced towards bid’ah.” (See al-Fatawa al-Fiqhiyyah al-Kubra. Al-Maktabah al-Islamiyyah, 1/150)

We should make it our routine to attend sermons or religious lessons, especially classes that teach us about our religion and daily worship.

“That is (the doing of a) Satan (devil) who is known as Khinzab, and when you perceive its effect, seek refuge with Allah from it and spit three times to your left.”

Furthermore, we could also make doa to Allah SWT, the Quran has taught us the following du’a:

And another doa that the Prophet PBUH frequently make is narrated by Saidina Aisyah R.Anha in a hadith:

“O Changer of the hearts, make my heart firm upon Your religion.”

Lastly, we hope that the above explanation could help us in perfecting our worship and remove the disease of doubts in our hearts.

Always pray to Allah SWT for guidance and protection so that we could perform our worships peacefully without any disturbances. Ameen.