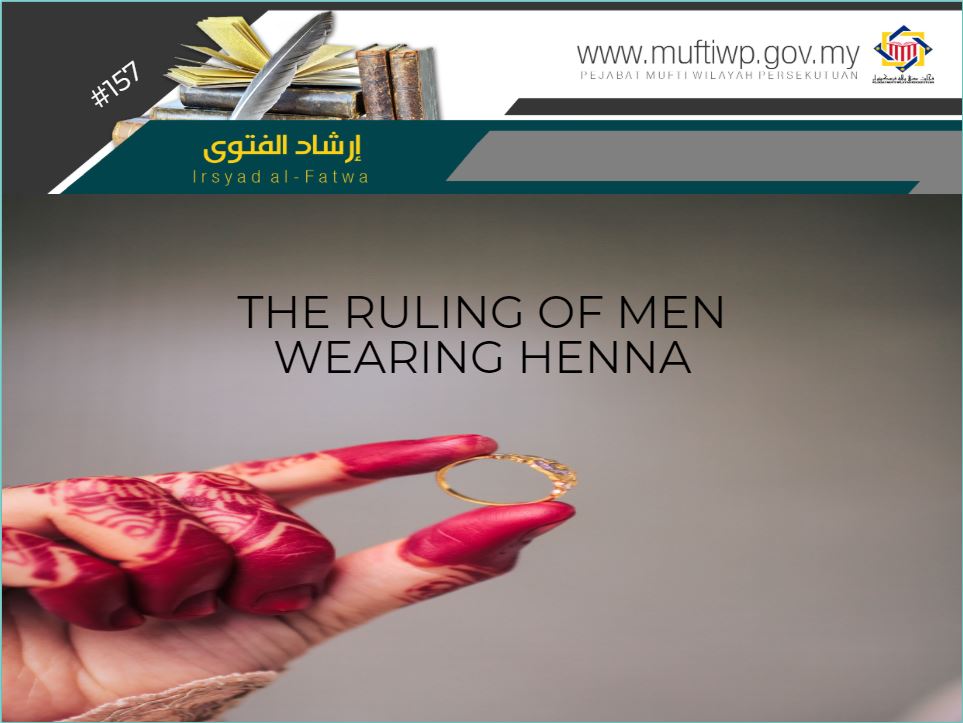 What is the ruling for a man to wear henna? It is has become a trend nowadays, where a groom wears henna on his hands for his wedding reception.

Henna is an adornment for women, and not for men. In a hadith from ‘Aisyah R.Anha:

“A woman made a sign from behind a curtain to indicate that she had a letter for the Messenger of Allah (ﷺ). The Prophet (ﷺ) closed his hand, saying: I do not know this is a man's or a woman's hand. She said: No, a woman. He said: If you were a woman, you would make a difference to your nails, meaning with henna.”

In ‘Aun al-Ma’bud, it is stated that it is encouraged for women to wear henna. [1] Al-Sanadi comments on the phrase (لَوْ كُنْتِ امْرَأَةً) in the above hadith, stating its meaning as: “If you celebrate the eminence of being a woman, surely you would wear henna on your hands.”

After establishing the fact that henna is an adornment of women, the next point that we will discuss is the prohibition of a man imitating a woman. From Ibn ‘Abbas R.Anhuma, the Prophet PBUH said:

Al-Imam Ibn Battal Rahimahullah said that al-Tabari states that the above hadith contains a fiqh ruling where men are prohibited from imitating women in terms of clothing and adornment which are made especially for women. [2]

In another hadith, the Prophet Muhammad PBUH banished a mukhannath man for wearing henna on his hands and feet. From Abu Hurairah RA:

“An effeminate man (mukhannath) who had dyed his hands and feet with henna was brought to the Prophet (ﷺ). He asked: What is the matter with this man? He was told: "Messenger of Allah! He imitates the look of women." So, he issued an order regarding him and he was banished to an-Naqi'. The people said: Messenger of Allah! Should we not kill him? He said: I have been prohibited from killing people who pray.”

“As for colouring both the hands and feet with henna, it is encouraged for those who are getting married for women according to sound hadiths and prohibited for men (to wear henna), except when the henna is used as a medication.” (See al-Majmu’. Dar al-Fikr, 1/294)

The same is stated by al-Imam al-Syarwani Rahimahullah in his Hasyiah of Tuhfah al-Muhtaj written by Ibn Hajar al-Haitami Rahimahullah, it is prohibited for men to wear henna, while it is encouraged for women who are getting married.

As for wearing henna on one’s hair, there is no issue regarding it for both men and women, for there is a hadith that permits it. Wallahua’lam.