IRSYAD AL-FATWA SERIES 141 : THE AURAH OF A MUSLIM WOMAN IN FRONT OF A NON-MUSLIM WOMAN 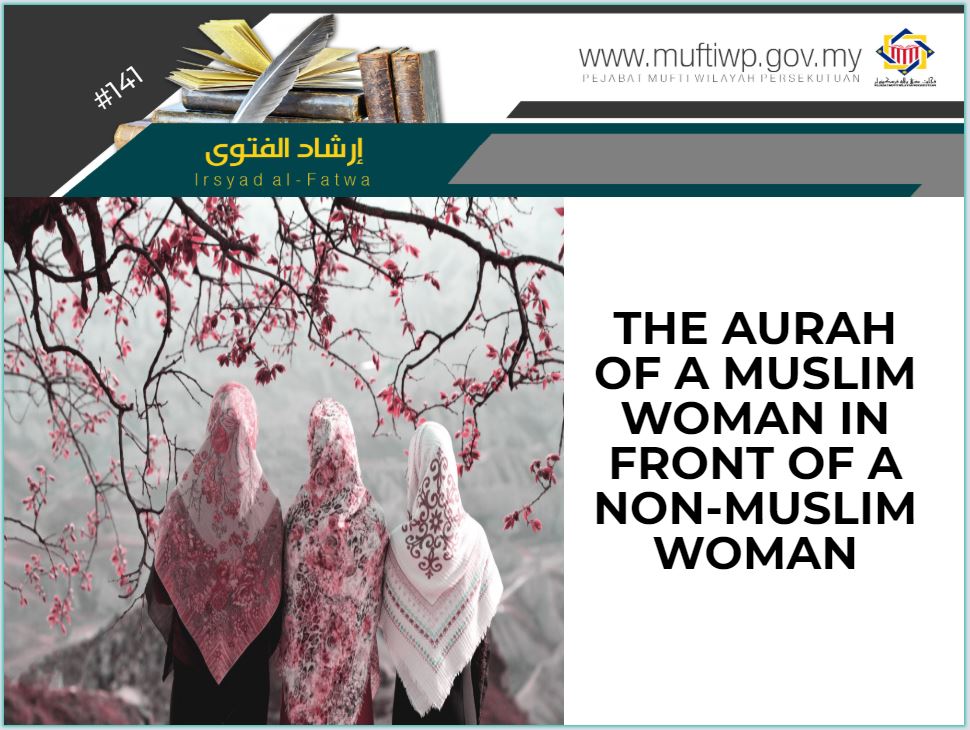 Can you explain the aurah of a Muslim woman in front of a non-Muslim woman?

Before we discuss this issue further, we will first define the meaning of aurah.

In this issue, we think that it is important to cover one’s aurah the best as she is capable, but in certain situations, if it is among women even if they are non-Muslims it is permissible to be a bit lenient, on the condition that it does not lead to fitnah or degrading or tarnishing the dignity of Muslim woman. The reason is, the reality of our lives now is very different from before. For example, if a Muslim woman has to share a room with non-Muslim woman, it would be hard and burdensome to cover up her aurah and wear the hijab all the time. Hence, we should also take into consideration of the reality and situations we are in. Wallahua’lam.