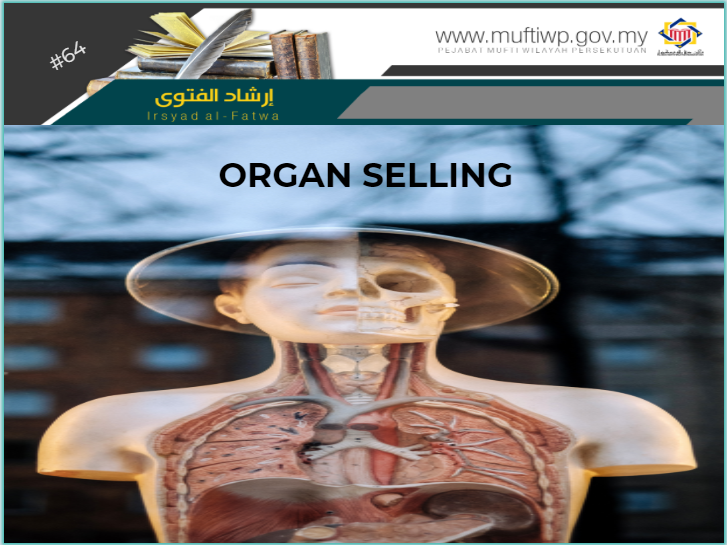 What is the ruling of organ selling?

Alhamdulillah, praise and thanks to Allah for the countless blessings He has blessed us all with. Blessings and salutations to the Prophet Muhammad ﷺ, his wives, his family, companions and all those that follow his teachings to the day of judgement.

It is to be reminded that when we say that it is permissible to donate organs, it does not mean that it is permissible to sell them. The reason is, selling and purchasing (according to the definition of the scholars) is an exchange between one’s possession to the other and both parties are satisfied. Human body is not an asset which can be traded, for it would result in the degradation of humans; regarding human body as goods in this practice. Unfortunately, it happens widely in some poor countries, in which organs from the poor is purchased and then sold through the black market to trade it with even more money from the rich. This hideous trade is made by new mafia which is even worse than even the drug mafia.

If a person who donate his organ to another person, then he is given some amount of cash by the receiver without any agreements beforehand as a gift, it is permissible and indeed the best level of conduct.

It is the same as the creditors who settles his or her debt by adding some additional amount without any agreement beforehand. It is permissible in the Shari’a and in fact a noble act. It is done by the Prophet PBUH, in which he settled his debt by giving more than what he was lent. The Prophet PBUH said:

“Best among you is one who is best in clearing off the debt.”

Hereby, we would like to emphasize that selling human organs is prohibited (HARAM). Consequently, those who want to donate their organs, they have to correct their intention and do this for the sake of Allah.