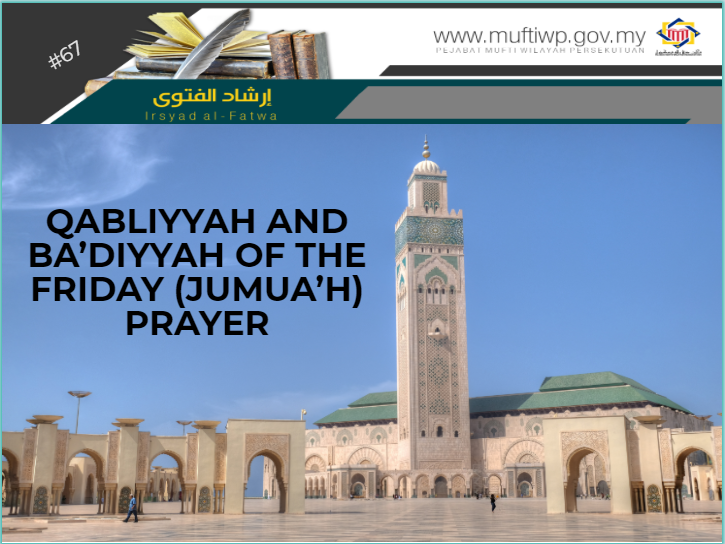 What is Islam’s view on qabliyyah and ba’diyyah of the Friday (Jumu’ah) prayer (What is the ruling)?

The jurists agree upon the of sunnah of qabliyyah and ba’diyyah of the Friday prayer, as recorded in the saying of the Prophet PBUH in Sahih Bukhari and Muslim:

“When any one of you observes the Jumu'a prayer (two obligatory rak'ahs in congregation), he should observe four (rak'ahs) afterwards.”

Pertaining sunnah prayers before the Friday prayers, it is divided into two situations:

First: It is an absolute sunnah prayer (sunnah al-mutlaq). Its validity is restricted to before the imam starts the khutbah.

Second: Sunnah qabliyyah prayer of the Jumu’ah. The scholars have differing opinions in this issue:

However, it is encouraged to perform them according to the opinion of al-Imam al-Syafie.