IRSYAD AL-FATWA SERIES 70: PERFORMING HAJJ FOR THE SAKE OF ALLAH 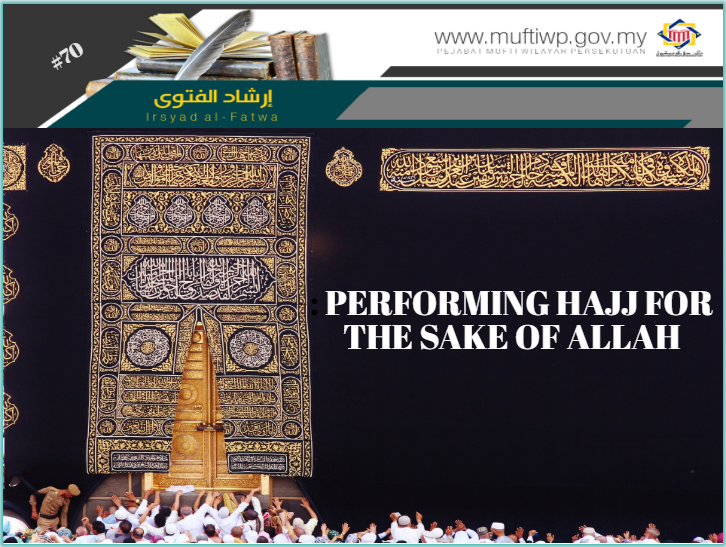 What is the meaning of performing Hajj for the sake of Allah?

“And complete the Hajj and 'umrah for Allah”

As for this, Syeikh al-Maraghi said in interpreting this verse: “(O Muslims!) Perform Hajj and umrah completely and faithfully. Physically, it is done by observing the Shari’a and the pillars (rukun) as being taught by the Prophet PBUH. Spiritually, it is done with pure sincerity for the sake of Allah, neither for the sake of seeking source of income, nor gaining compliments and names in the eyes of the people. However, it is still permissible to do trades in Mecca, but in pure sincerity in which it is not the main reason of him being there.” Refer Tafsir al-Maraghi (1/393)