IRSYAD FATWA SERIES 75 : IS IT TRUE THAT IBLEES WAS ORIGINALLY AN ANGEL? 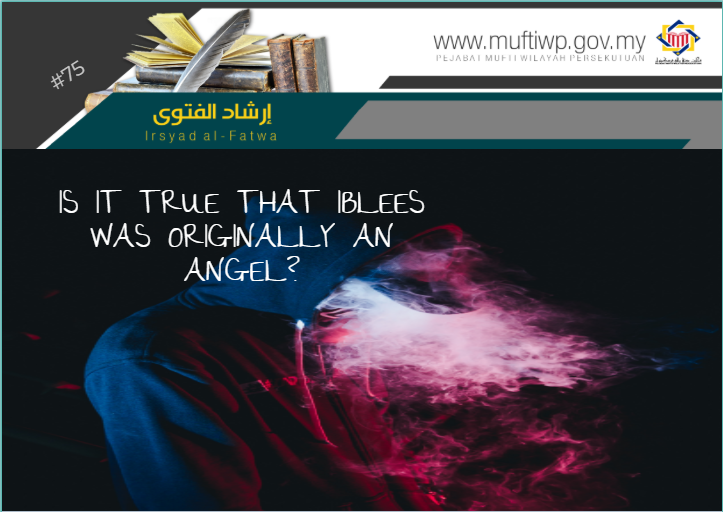 Is it true that Iblees was originally an angel as stated in verse 34 Surah al-Baqarah?

“And [mention] when We said to the angels, "Prostrate before Adam"; so, they prostrated, except for Iblees.” The scholars have two differing opinions regarding the meaning of the verse when it states except for Iblees:

Hence, the rules of exception applied in this matter is an absolute exception. We are inclined towards the second opinion in accordance with verse 50 Surah al-Kahfi in the Quran:

“And [mention] when We said to the angels, "Prostrate to Adam," and they prostrated, except for Iblees. He was of the jinn and departed from the command of his Lord. Then will you take him and his descendants as allies other than Me while they are enemies to you? Wretched it is for the wrongdoers as an exchange.”

The word Iblees is explained by Ibn al-Jauzi as the following:

We are inclined towards the opinion that states that Iblees is from among the jinn and not from among the angels referring to the Quranic evidence that explains the creation of Iblees and angels: