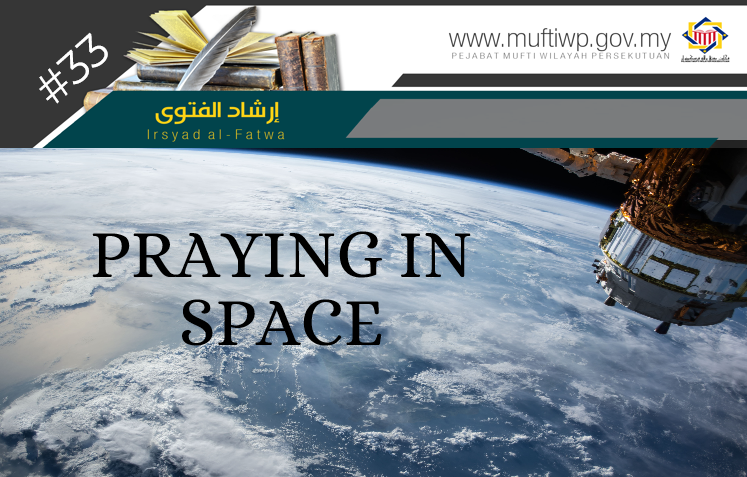 How should a person pray in space?

According to the book Guidelines of Worship in International Space Station (ISS), prayer should be performed as the following:

First: The Determination of Qibla

Second: The Determination of the Time of Prayer

Third: The Methods of Prayer