IRSYAD AL-FATWA SERIES 8: ZIKR AND SUPPLICATION WITHOUT HAVING IJAZAH (RECOGNITION FROM PARTICULAR SCHOLARS) 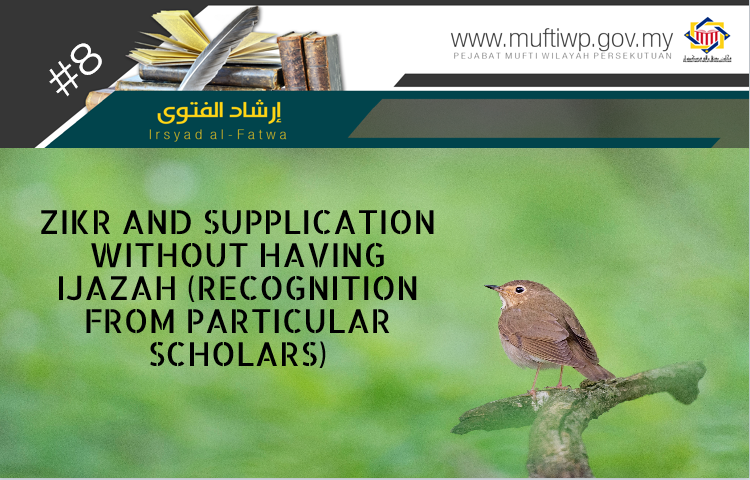 Is it permissible to practice certain zikr, supplication and recitation of surah from verses of the Quran without learning them from a teacher?

If we understand Arabic, supplication is ma’thur (مأثور), then it is not a wrongdoing. Except when someone wants to practice certain wirid following certain tarikat (Sufi groups), then he should first learn them from a teacher or syeikh.

We would like to state regarding ijazah. It is better if it is with sanad and in the practice of following certain tarikat (group), but regarding zikr where the meaning is understood, then it is permissible for him to practice it like what is written by al-Syahid Hasan al-Banna, for he himself take zikr from renown evidences. For example, it is stated by the publisher in the introduction of his book, al-Ma’thurat by al-Ustaz Hasan al-Banna are from hadiths from al-Jami’ al-Soghir, al-Jami’ al-Sahih, al-Sunan, Amal al-Yaum wa al-Lailah and numerous other renown books. Thus, it is permissible for us to practice these zikrs without getting the ijazah.

Here, we cite two evidences from the Quran which mention the status and sanctioning of zikr. Allah SWT state:

“O you who have believed, remember Allah with much remembrance. And exalt Him morning and afternoon.”