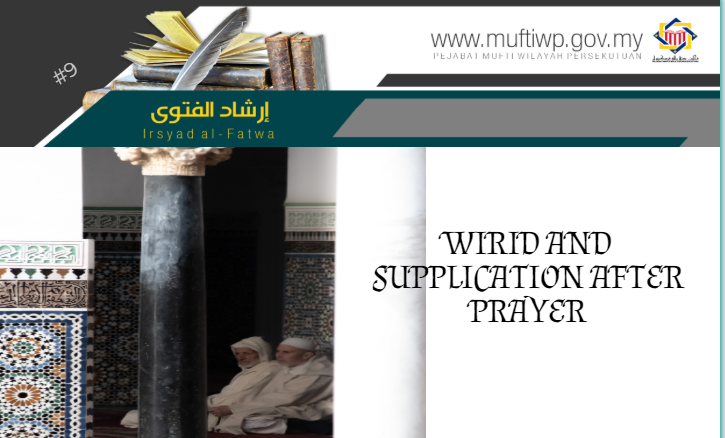 I have always followed the practice of wirid (zikr) and supplication after prayer together with the imam in my village. Recently, I learned that this is not a sunnah of the Prophet PBUH and a bidaah. I would like to ask for an explanation, does Islam considers this wrong?

In this issue there are two matters that should be understood:

First: Wirid and zikr after prayer is a sanctioned worship in Islam. It should be from the zikr of the Prophet PBUH mentioned in authentic hadiths.

The same applies to supplication after prayer, whether it is a general or specific supplication. The Prophet PBUH said:

“I love you, O Mu'adh! Never forget to say in every prayer: Rabbi a'inni 'ala dhikrika wa shukrika wa husni 'ibadatik (My Lord, help me to remember You, give thanks to You and worship You well.)"

Second: Regarding performing these acts in groups and with a raised voice, then the Prophet PBUH never perform it this way. Hence, this issue is a khilaf (scholars have differing opinions about this matter) among the scholars, as to whether it is a bidaah or not. Bidaah itself is divided into two; good bidaah and harmful bidaah. We are inclined towards the opinion that celebrates the custom of a certain place. For further explanation, you can refer to several other books such as al-Azkar written by Imam al-Nawawi Rahimahullah among others.