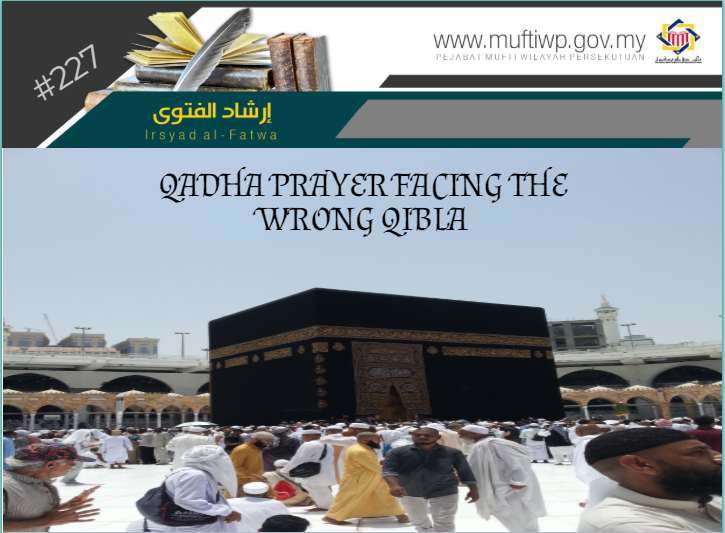 What is the ruling of facing the wrong qibla when performing qadha prayer? Should it be repeated?

Facing the qibla is one of the conditions for the validity of prayer, whether it is for obligatory prayer in the prayer time, qadha of the obligatory prayer and sunnah prayer not during the time of sunnah prayer, such as when travelling and khauf prayer (in an extremely fearful state). Whoever that begins his prayer without facing the qibla, then his prayer is invalid. And whoever faces away from the qibla during his prayer intentionally, then his prayer is invalid. Refer al-Fiqh al-Manhaji (1/127 & 170). This is in accordance with the statement of Allah SWT:

“And from wherever you go out [for prayer], turn your face toward al-Masjid al-Haram. And wherever you [believers] may be, turn your faces toward it in order that the people will not have any argument against you, except for those of them who commit wrong; so, fear them not but fear Me. And [it is] so I may complete My favor upon you and that you may be guided.”

From Abu Hurairah RA, the Prophet PBUH said when teaching people about prayer:

“When you get up to pray, perform the ablution completely, and then turn towards the Qibla and recite takbir (Allah o Akbar =Allah is the Most Great)."

The Method of Determining the Qibla

In madhhab al-Syafi’e, the proper method to determine the qibla is in the following order:

The Issue of Facing the Wrong Qibla; Should the Prayer Be Performed Again?

Based on the method above, another issue arises; if someone realized that he was facing the wrong qibla after performing his prayer, after being told by a trusted person, then what is the ruling?

Imam al-Nawawi said: “Whoever performs the prayer with ijtihad (or taqlid using someone else’s ijtihad), then he is certain that there is a mistake, then he has to qadha his prayer according to a strong opinion.” Refer Minhaj al-Talibin (pg.43)

“The qil opinion (second) states that it is not obligatory to perform the prayer again, for taking into account the dzan (strong assumption) when performing the prayer, that he is facing the right qibla. The first opinion is the madhhab of the fiqh people while the second opinion is the madhhab of the kalam people (from the usul people in madhhab Syafi’e). If he is certain of his mistake but is uncertain as to which way is the right qibla but just as assumption, then there is no need to perform the prayer again, for the first prayer is performed through ijtihad and the second is also through ijtihad, hence, an ijtihad does not invalidate another ijtihad.” Refer Kifayah al-Akhyar (pg.96)

For the first opinion, the replacement of prayer or qadha is obligatory when it is certain that there is a mistake. If he uses ijtihad again and changed direction, then it is not necessary to perform the first prayer using the first ijtihad again.

This fact is stated by Syeikh al-Nawawi al-Bantani: “If someone’s ijtihad to determine the qibla and then performed his prayer, then he is certain that his ijtihad is wrong, thus, he has to perform his prayer again. However, if he is unsure that his first ijtihad is wrong, but his second ijtihad showed a different direction, then his second opinion is rajih and it is obligatory for him to use it, whether it may be for prayer or not, and it is not obligatory for him to perform his first prayer again, for an ijtihad does not invalidate another ijtihad, that is if he pray 4 rakaat and for each rakaat he face 4 different directions according to 4 ijtihad, then his prayer is valid.” Refer Nihayah al-Zain (pg.52-53)

Thus, to answer this question, we divide it into several situations: