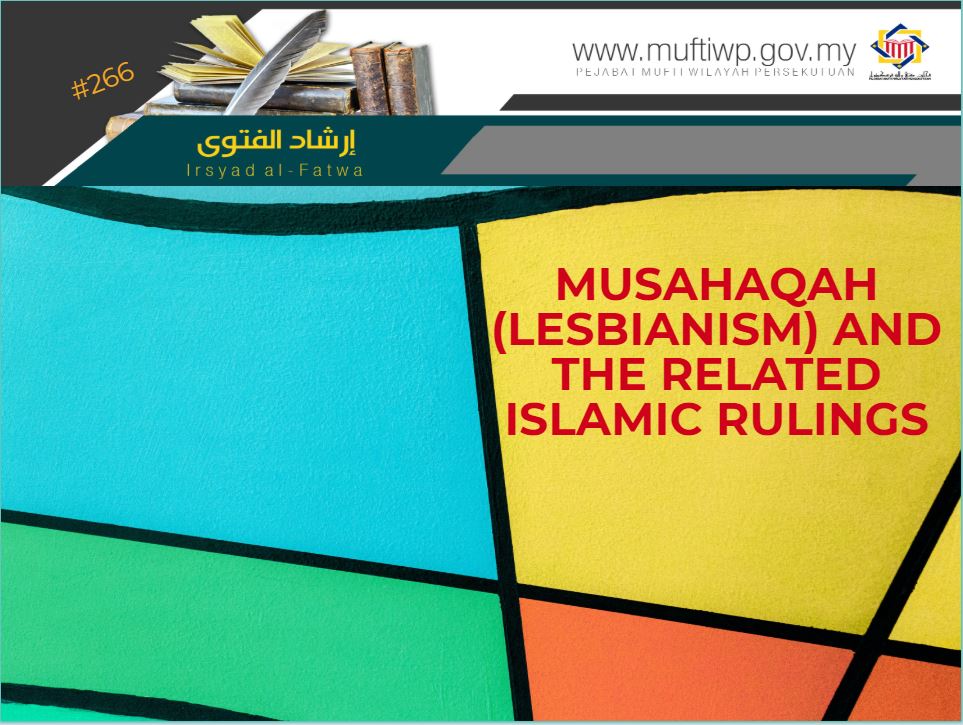 Musahaqah or lesbianism is defined as sexual intercourse between two women, it is the same as when a man has an intercourse with a woman. (See Lisan al-Arab dan Qamus al-Muhit for the term ‘سحق’. See also al-Mausu’ah al-Fiqhiyyah, 24/251). What differentiates musahaqah and adultery is ilaj which means the insertion of penis inside a woman’s vagina does not happen. (See Al-Mausu’ah al-Fiqhiyyah, 24/19)

The term lesbian according to 4th Edition of Kamus Dewan is a woman who is sexually attracted to another woman, or also known as a homosexual woman.

Coming back to the question, is musahaqah limited to the act of rubbing women private parts together? Basically, musahaqah literally means to rub or to brush against (al-sahaq wa al-tadaluk). However, according to Islamic teachings, it means sexual intercourse between women. (Refer Al-Tasyri’ al-Jina’i al-Islami, 2/368)

This act is clearly prohibited, as stated in the Quran:

“And they who guard their private parts Except from their wives or those their right hands possess, for indeed, they will not be blamed -But whoever seeks beyond that, then those are the transgressors -,”

According to this verse, any woman that permits her private parts to anyone else other than her husband, doesn’t matter if it is for a man or a woman, then she is among the transgressors. (Al-Tasyri’ al-Jina’i al-Islami, 2/368)

Islamic scholars said that musahaqah is similar to mubasyarah, which means sexual acts between a man and a woman without the insertion of penis inside a woman’s vagina. Due to this, the punishment for this act is ta’zir, not hudud. (Al-Bayan fi Mazhab al-Imam al-Syafie, 12/369)

The reason for the prohibition is it is an act of enjoyment (istimta’) through what is prohibited. This is in accordance to the Prophet PBUH narration:

“Sihaq is adultery between woman,”

“When a woman come unto another woman (sihaq), both of them are adulterers,”

From this narration, Al-Qadhi Abu Tayyib said the sin of sihaq or lesbianism is the same as the sin of adultery. (Kifayah al-Akhyar, pg. 478)

Furthermore, the Prophet PBUH also prohibits looking at other people’s aurah even among people of the same gender, and the prohibition of sleeping under the same blanket without any layers in between. From Abu Sa’id l-Khudri, the Prophet PBUH said:

As a conclusion, the acts of a woman rubs her fingers, kisses or sucks another woman’s vagina until climax or not are acts that falls under the same category as musahaqah that is prohibited in Islam. Moreover, these sinful acts are the same as the sins of adultery. May Allah gives us guidance to leave everything that He has prohibited. Amin.